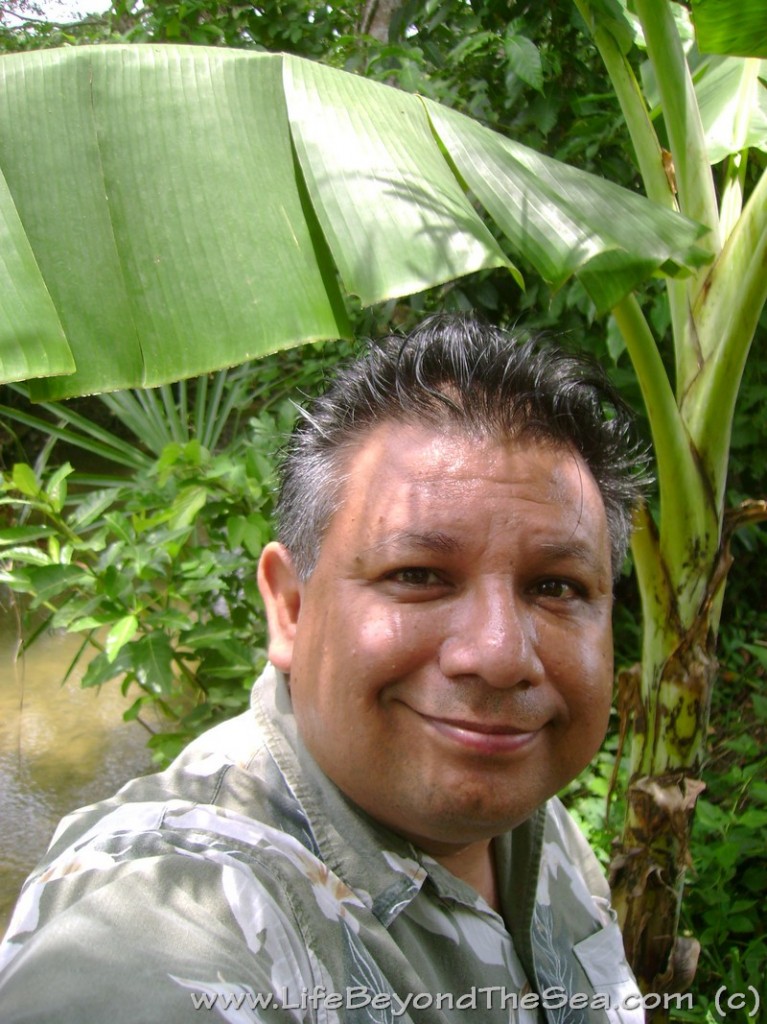 Those who know me know that I am a night-creature and the only time I’m awake before the sunrise is because I’ve been awake all night.  But this particular day I broke my routine to get up extra early for an all day trip to the northern end of Cebu to visit my piggies at a farm in Bogo.

Piggy-Farms have been discussed many times in the Ex-Pat forums online as to whether they can be profitable or not as a way to generate income. After hearing all the pros and cons from both sides, I came to the conclusion that the business model is solid.. it’s the “who you know” element that can make or break a piggy investment.

Having people you can trust to raise them, getting them properly trained and providing the correct type of housing as well as vet-care and grains are key.  A good location is good too, where there is water and shade readily available.

Fortunately for me, my business partner (Filipina) has a keen eye for good properties and was able to negotiate a good price for the farm in Bogo, seen in the video.  It is away from the city by about 2-3 hours and even has a small stream on the land with plenty of usable land.  ‘Baby-Piggies’, once weaned sell for about $35-$50 (USD) depending on weight and health.  These can be raised and resold for ‘Lechon’ (rotisserie pork; a big favorite for large parties here in the Philippines) after 3-4 months for anywhere from $100-$130 each, again depending on weight and health.  Raising them on good grain, rather than just ‘weeds & scraps’, gives you a good reputation that the meat will be delicious.  🙂
Months before I left the U.S., I purchased my first 3 Baby-Piggies.. Missy, Daisy and Enriquita.  These I intend to keep as producing ‘Momma-Piggies’.  Each litter is anywhere from 10-15 piggies so.. profits can add up quickly.  First litter it is not uncommon to lose up to 40%.  Total we lost about 6 piggies our first time around.  Some said it was due to the big earthquake in Negros that same month since many other Piggy Farms in the Negros area reported such losses but.. rumors, superstitions and ‘chisme’ spread fast in the provinces so, I take it with a grain of salt.

After a pleasant drive along the eastern coast of Cebu to the northern-most tip of the island we finally arrived about a quarter mile from the farm.  We went on foot from there since no road reaches the actual farm.  Construction on the new breeding stalls is just about complete and the next phase of stalls will begin in about a week, giving us the room we need for all these new piggies.  I will be purchasing more Momma-Piggies and our goal is to reach 10 Mommas in order to begin seeing a decent profit sometime next year, God willing.

Piggy Farms are a great idea and all, but I wouldn’t recommend it to every ex-pat landing on the island.  We’re lucky there’s a livestock market less than ten miles away.  Transporting piggies is something you have to take into account come market time.  (Gives a whole new meaning to the phrase; “This little piggy went to market.”, eh?)  In fact, on our drive to the Farm I actually saw a medium-sized Piggy riding in the back of Tricycle.  (Hey.. whatever works.)  There is an inherent risk (as with any business) having your money tied up in ‘pork futures‘ as it were since for all you know some plague could wipe out your whole inventory.  Not all the baby-piggies survive, so that’s a factor.  But if the moon is right and your piggies are ready for market between November and January.. there are plenty of fiestas and holidays at that time with people paying top dollar for ‘Lechon’ (rotisserie piggy) and you can make bank.  During the rest of the year most occasions are birthdays, weddings, other fiestas and such.

My business partner got a good deal on a carabao, which has already doubled in value.  We also have two female Moo-Cows and are hoping they’ll “get it on” and provide us with a calf or two.  I keep suggesting a disco-ball to get them in the mood but they are hard to find out here in the jungle.  Might have to get one on eBay.  Meanwhile we have some trusted people (finally) to work the farm for us.  We have plans to build a larger home for the caretakers since they’ve outgrown the smaller one.  More lighting and a proper fence are going in this week.

As for living out on the farm.. I tell you, it is SO peaceful out there.  Like being in the mountains.. but with banana trees instead of pine trees.  No pumas, no crocodiles.  Lots of fresh coconuts, mangos and bananas growing all around.  If I did live there I’d grow corn for some corn-on-the-cob on warm evenings outdoors under the stars.  There are pros and cons to either farm life or city life.  But I tell you, being out there it’s like ‘time’ ceases to exist.. it is just SO incredibly relaxing out in the province.

That’s my adventure for today, hope you enjoy the video and look forward to seeing you here again.  I will soon be posting the digital photos taken during this trip as well.  Feel free to join the Newsletter with the box along the right-side of the site so you get notifications of the new stuff and updates.  For a gallery of photos from the piggy farm and some more info on what it takes to get started.. visit -Here-.