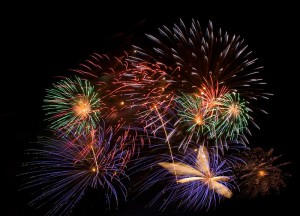 [Calif., USA – April 2010]  So I finally get a date with her, and now she’s on the other side of the planet.  Just my luck.  But she gave me her email and after a week or so we were talking every day on Skype.  Just as friends, but it was a start.

She and I were spending at least two hours a day on Skype.  She’d made several trips back to the US so we could spend more time together.  We talked at length about what the long-term plan would be for us.  She was firm that the US was not going to ever be her home.  She had a business, properties.. an entire life built in the Philippines and was not looking to move to the US.   We had met only on the fluke that she was helping out at her sister’s restaurant during her vacation here the night I had wandered in.

Life had thrown me quite the curve ball. I had a wonderful girlfriend.. who I could only spend time with perhaps four months out of the year.  The rest of the time she was on the other side of the planet.

So there I was, 4th of July in 2011.  I’d have much rather spent my day with her.  But since she was overseas I figured I’d go to an annual Indian Pow Wow festival for the afternoon and catch the fireworks show at night near the casino.  I walked around alone, noticing the couples together.  Ever have one of those days?  As I found a spot to wait for the fireworks I called her on my cell-phone.   She could tell that I felt the distance more than usual.  We bounced some ideas back and forth about how to make it easier to deal with the distance, but came to no real solutions.  The fireworks began to burst overhead so I had to hang up.  I also knew I had to do a lot of thinking.

After the last firework I drove down the street to the Pechanga casino.   They have a large, nice looking two-story bar with comfortable chairs.  I had one glass of wine, went up the stairs and found a nice table with a view.  As I settled in I told myself that I would NOT leave until I had found a solution to my situation.

I ran all the different scenarios through my mind.  None of them looked easy.  None came without sacrifice.   Try and convince her to stay?  That wasn’t fair to her.  Break up?  Didn’t like that idea.  Stay in a long-distance relationship?  That wasn’t going to work long-term.  I mean, what was the goal there?  In order for us to be together either she had to be here or I had to be there or we both had to split our time together here and there.  That last option still meant me being over there.  Which made for logistical problems earning a living coming and going every six months in and out of the country.  The more I thought about it, I was the one in a better position to pick up and become mobile.  My children were over the age of 21 and living out their own plans for their life.  My Mom had my Aunt living just across the street, another Aunt just five minutes away, a good network of friends on her street and was financially stable thanks to good planning.

But move overseas?  To the Philippines??!  That sounded insane.  Where would I actually live?  How would I earn money?  I’d be on the other side of the planet if I did that.  I literally couldn’t be any further from the home, land and everyone I’ve ever known if I made that move.   Wow.  Suddenly the reality of that option broke me into a cold sweat.   I think I sat there, without a thought for fifteen minutes just letting the reality of actually doing this hit me full force.  I remember feeling the same way the day I decided to make my first sky-dive jump.  There was no half-way doing this.  I didn’t have the money to ‘visit’, come back, dismantle my life here in the US and then go back yet again.  Logically that was the thing to do, but financially I just couldn’t swing it.

I didn’t know how I was going to do it.  But something inside me finally made that resolution to commit to a plan.  Somehow, someway.. the Philippines was going to become my new home.  I got up, walked out of the casino.. somewhat in a daze, my mind spinning, my heart beating faster and wondering if this was the best or worst idea of my entire life.  All I knew was that it was now my mission to find out.