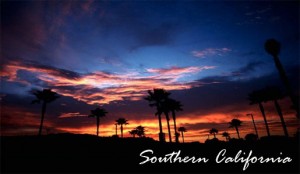 [Calif., USA]  This Blog is about how an average guy like me found himself on a journey that would lead me across the Pacific Ocean to live in the Philippines.. sight unseen, to make it my new home.  Starting from scratch, without any clue what to expect, this site is the tale of my journey.

Several years ago, in April of 2006, I was just like any other Southern California native.. going about my business figuring I was enjoying some of the best weather in the whole of the US.  Maybe even the world for all I knew.  But apart from one trip to New York, a few to Texas and several to Mexico.. I’d never travelled very far from my SoCal locality.  Riverside, Temecula and San Diego were my familiar territory and I was loving it.

And then it happened..

After 21 years inside of a lab I finally decided to ‘get out’ and enjoy the sunshine.  I quit a well-paying, secure job as a lab-tech and started my own PC repair business.  Finally.. sunshine, my own schedule and meeting lots of great people as I went about repairing their PCs.

I’d been divorced for about 3 years and spent most of my time either working or playing around with photography to pass the time.  I was a bit lonely there for a while, but not enough to really do any dating since I had several good friends I could always call up to hang out with.  So, content for the most part, I spent my days fixing one PC after another to support myself.  Until one day on April 23rd of 2010 I was waiting around in a Thai restaurant in Temecula for a client and they called to say they were going to be late.  The restaurant I was in was getting ready to close, so I shuffled on over next door to some other restaurant I’d never even noticed before to wait for my client there.

What happened next, true story, was like something out of a cheesy romance-comedy.  I walked in towards the counter to order something and suddenly.. there she was.  A young Filipina woman turned around and the moment I saw her my mind literally went blank.  I was speechless.  She kept asking if I wanted to order something.  I looked at the menu and, even though it was in English.. I couldn’t focus enough to read anything.  She was stunning.  Not just in appearance, but she just had this ‘way’ about her.  It was like I had myopia or something.. all I could see was her.

She finally asked if I’d like to try out one of the beers and I said, “Yes.”  I couldn’t pick one so I asked her to pick one out for me.  I sat down, transfixed by her every move.

I was hooked.  Maybe it was destiny.. I don’t know.  I see beautiful women here in SoCal literally all the time.  You can’t swing a cat without swatting a pretty woman around here.  But this  woman was different and I just couldn’t bring myself to leave.  My client came by and I told her what an impact this woman had made on me.  Pretty soon I asked her name and that night I stayed until 3am when they closed just so I could speak with her after her shift.  That was five hours I waited.  I’m not normally the ‘stalker’ type, don’t get me wrong.  But this compulsion to speak with her had me bound.

So the next night, I returned to the Filipino diner and had dinner there, hoping to speak with her on her breaks.  But so did every other  man there.  I had given her my business card, but so had every other man she waited tables on.  I went back for dinner there for 5 weeks straight, most of those nights staying until closing.  Little by little we began to talk.  Finally I asked her out and.. she said, “No”.  But I kept returning, trying a new Filipino dish every time I went.

Perhaps some other time I’ll go into some of the finer details.  But you’re probably wondering how me meeting a beautiful, kind-hearted Filipina woman ended up with me abandoning everything for a life overseas.  Or maybe you already know.  Yes, I was smitten hard.  Finally, after almost a month and a half I got a call from her and we went out on our first date.. just hours before she caught a plane and returned home to the Philippines.

Click Here.. for the next installment of, “How It All Started – Part 2“