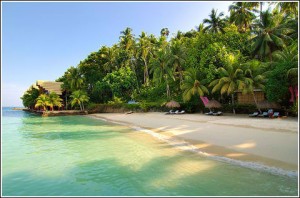 [References here are as of 2012.  Check with a local Philippine attorney before making any decisions regarding issues covered here in reference to current Philippine law.]  — In the US, we and the law consider our children to be ’emancipated adults’ at the age of 18, without regard to gender. However, in the Philippines it’s a different story.

[quote] “Art. 403. Notwithstanding the provisions of the preceding article, a daughter above twenty-one but below twenty-three years of age cannot leave the parental home without the consent of the father or mother in whose company she lives, except to become a wife, or when she exercises a profession or calling, or when the father or mother has contracted a subsequent marriage. (321a)“    [reference]

As to any thoughts of “equal protection under the law“.. women are at somewhat of a disadvantage here in the Philippines.  Here, if a woman is unfaithful (has an affair).. she is considered guilty of Adultery (serious offense, greater penalty).  However, if a man is caught unfaithful, he is only charged with ‘Concubinage’ (lesser charge, almost no penalty).  Concubinage is a legal definition that is so vague it is nearly impossible for a man to be found guilty of Adultery the way a woman would be punished for the exact same offense.  Read;

“Despite the right to equal treatment under the law, a wife can be convicted for a single act of sexual intercourse under Article 333, while the husband is only liable for concubinage if he does any of the following acts specified in Article 334 of the Revised Penal Code: (1) keeping a mistress in the conjugal dwelling; (2) having sexual intercourse under scandalous circumstances with a woman who is not his wife; or (3) cohabiting with her in any other place. Moreover, a wife in an adultery case incurs a heavier penalty than a husband in a concubinage case. “

These and other laws are very different than the laws of ‘equality’ we often take for granted in the US.  Regarding marriages, the Husband is considered to have sole authority and control of communal finances and the wife relegated to essentially an ‘allowance‘.

[quote] “Art. 111. The husband is responsible for the support of the wife and the rest of the family. These expenses shall be met first from the conjugal property, then from the husband’s capital, and lastly from the wife’s paraphernal property. In case there is a separation of property, by stipulation in the marriage settlements, the husband and wife shall contribute proportionately to the family expenses. (n)

Art. 115. The wife manages the affairs of the household. She may purchase things necessary for the support of the family, and the conjugal partnership shall be bound thereby. She may borrow money for this purpose, if the husband fails to deliver the proper sum. The purchase of jewelry and precious objects is voidable, unless the transaction has been expressly or tacitly approved by the husband, or unless the price paid is from her paraphernal property. (62a)

Art. 116. When one of the spouses neglects his or her duties to the conjugal union or brings danger, dishonor or material injury upon the other, the injured party may apply to the court for relief.

The court may counsel the offender to comply with his or her duties, and take such measures as may be proper. (n)

Art. 117. The wife may exercise any profession or occupation or engage in business. However, the husband may object, provided:

(1) His income is sufficient for the family, according to its social standing, and

(2) His opposition is founded on serious and valid grounds.

In case of disagreement on this question, the parents and grandparents as well as the family council, if any, shall be consulted. If no agreement is still arrived at, the court will decide whatever may be proper and in the best interest of the family. (n)

So, not only that.. but in a dispute even parents and grandparents can chime in as to how to resolve marital/financial disputes between husband and wife as well as the court.

In regards to the acceptable, legal age to marry..

Over the years, the culture shaped the Law and now the Law keeps that culture and perceptions in place.  As with any foreigner moving into the US, it is the visiting person who is under the charge to know the laws of the land he/she is moving into.  We do not get to live American laws in a foreign land or vice-versa.  Just something to keep in mind before presuming things work the same here in the Philippines as where you’re from.