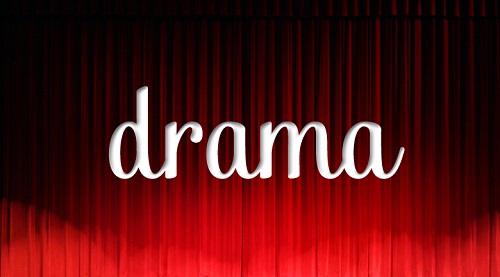 When I was living in California the many years before relocating to the Philippines, I didn’t have to deal with drama much.  Even my last divorce went very smooth and we stayed friends.  But mostly, I didn’t deal with much drama because myself and everyone I knew was generally too busy working to have time for it.

But then.. enter the Philippines.  You and most of the expats you will know are either fully or semi retired.  Plenty of time on our hands to get into all kinds of mischief.  And with mischief comes drama.  You might be thinking to yourself, “Oh.. I have no use for that nonsense.  I won’t get dragged into any of that.”  Ha!  That’s what I used to think.  But it happens faster and easier than you’d think.

Where Drama Comes From

The first and most likely source of drama will come from your dating, social life.  Don’t get me wrong, Filipinas are wonderful, amazing women.  They are full of joy, love, affection and energy.  But.. when things go wrong that’s when the drama comes out.  It might be you did something wrong, or not.  It might be she has a jealous streak.  It might even be that you and her are doing great but.. her jealous Filipina friend or neighbor will purposely spread gossip to break up your happy life.

I’m reminded of an expat friend of mine who was getting into a serious relationship with a Filipina years ago.  They are now happily married, over five years now.  But when they were first dating a different Filipina came to him and said that his girlfriend was secretly married and had children hidden in the province.  But.. coincidentally, she herself was single and available.  It took some serious conversations and fact-checking but it all worked out.  The woman was just lying to him in hopes of dating him herself.  But that is how easily drama can come to your doorstep in the Philippines.

The next likely source of drama can be your Filipino neighbors.  In the province areas of the Philippines.. there basically is no enforcement of noise control.  Your neighbor might have a dog chained 24/7 and so it barks day and night.  Which is what the neighbor wants.  He wants the entire neighborhood to know he has a dog in his yard for security.  But you don’t want to hear that dog bark all day and night.

Now, back in your own country you might calmly knock on the neighbor’s door and politely ask them to unleash the dog in the yard so it won’t bark so much.  In the Philippines.. good luck with that.  99.9% of the time that conversation is going to go nowhere and will only result in resentment against you for even bringing it up. 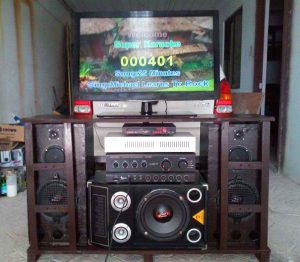 Same thing if they buy a new karaoke machine with big speakers.  I’m not kidding.  I knew my neighbors had bought a new machine because I heard it, very loudly, for weeks until 2 or 3 in the morning and during midday.  At near concert level loudness.  Fortunately for me, I can sleep right through loud noise.  But plenty of people can’t.

In that same neighborhood, my neighbor to the left had planted a small garden of vegetables.  All was fine.  Until my neighbor on the right, his pig got loose and entered the garden to eat everything in sight.  It got ugly.  The neighbor who owned the pig ran to the Barangay Captain first.. to file a complaint that the other neighbor’s vegetables made his pig sick.  But was not about to admit it was his own fault the pig was not secured in his own yard to begin with.  Yah, it’s that nuts in the province. 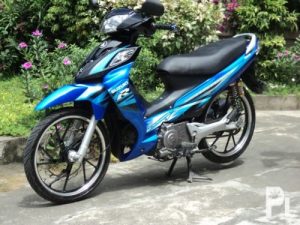 Another source of drama can result from making sales or purchases with strangers.  Maybe you have a motorcycle to sell or you’re looking to buy a refrigerator from some guy down the street.  It should be a simple transaction.  Money for item.  Sold ‘as is’ and done.  Don’t count on it.

I had an incident where I decided to buy a used motorbike, small one, from a Filipina who cleaned my house twice a month.  She said she really needed the money and even showed me the paperwork that she was the legal owner via LTO documents.  It was only about $250 so I paid her in about three payments.. each time having her sign a receipt for each payment.

Meanwhile the motorbike was with me.  So, after the last payment I asked her for the paperwork so I could transfer it into my name.  She said she’d forgotten it but would go five blocks to her place and bring it back.  She didn’t come back.  That was the beginning of 2 months of promises to bring the paperwork.  Two months of constant lies.  I gave her one last chance and told her that if she didn’t either return my money or give me the paperwork I’d go to the police.  She still refused.

It was only after speaking with the Barangay Captain and the local police chief that it turned out they knew who she was and that she was on parole for a previous drugs violation.  That leverage got me my money back from her uncle who didn’t want to see her go back to jail for a parole violation of ‘estafa’ (fraud).  I got my money back and gave her the motorbike back, but the whole incident gave me three months of stress.

Another source of possible drama is with your landlord.  My own personal experience has been that renting from expat landlords is a better bet.  Nothing is 100%, but in my dealings, westerners understand the concept of an Agreement.  Expect that when you give a security deposit with a Filipino landlord, that money is not going to sit in a saving account for the day you move out.  It 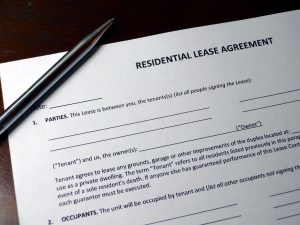 will get spent.  You will rarely get it back unless you are dealing with a good landlord or a corporation handling a condo building.

What most landlords in the Philippines do is offer the last month’s rent when you are ready to leave as ‘consumable’.  Instead of getting your rental deposit back, you just don’t pay rent the last month.  I’m fine with that.  But my first Filipino landlord then tried to say, after 6 months of paying rent on time, that I was one month late.  I made a copy of all my receipts for the 6 months and only then did she back down.  So.. always get and keep your rent payment receipts!

And finally, one other source of drama is with other expats.  It might be online.  It might be face to face.  When I’m single I like to enjoy a night at the dance club every so often.  Most nights all goes smoothly.  But as is the case with any place that serves alcohol, you once in a while run into some drunk a-hole who runs his mouth on you just a bit too far.  You have two choices.. ignore him or  escalate things.  Much better to ignore him and let it go.  Otherwise, you better have some credible fighting skills and a few friends on your side if you plan to take it up a notch.  As for online idiots, just block them and ignore them.

Overall, your chances of encountering drama is bound to fall at your feet eventually.  The best thing you can do when this happens in a foreign land is to keep your cool and calculate a resolution that gives you the most satisfaction with the least amount of liability.  If you have a Filipina girlfriend and you run into a legal issue.. ask if she’s got any relatives either in the local law enforcement or even better, at the mayor’s office.  You’d be surprised how many people are related to the mayor.  That’s how things are done here.  It’s not always if you’re in the right or not, it’s who you know that can smooth things out for you from an influential position.  I’m not saying it’s right, I’m just saying that’s how it’s done here a lot of the time.

Your best bet to dodge drama in a foreign land is to;

Scrutinize and verify women you date,
Stay under the radar,
Keep your receipts,
Get a contract,
Use a local attorney to oversee large transactions,
Ask other expats you trust for reliable references.

Then you can minimize your chances of dealing with drama and focus on enjoying all that the Philippines has to offer. 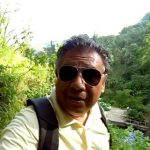