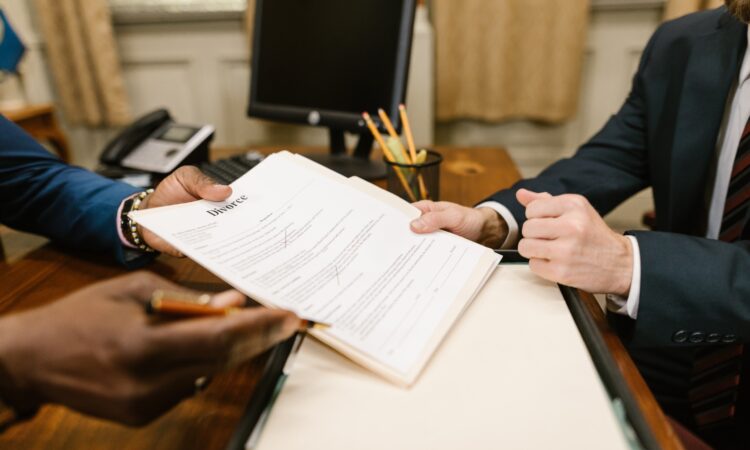 Today we’ll take a look at what can become a difficult situation that occurs with relationships in the Philippines. It is concerning Filipinas who are physically (but not legally) separated from their husbands, but still remain paper-married.

Can’t You Just Get Her A Divorce?

Now, you might be thinking this can be easily resolved with a Dissolution of Marriage… commonly known as a Divorce. However the Philippines is the only sovereign country aside from the Vatican which does not provide a legal pathway to divorce. The Philippines does provide the option of an Annulment of Marriage. However an annulment differs from a divorce in a very important way. A divorce is where the court acknowledges that a valid marriage occurred and is now to be dissolved (dissolution). However, with an annulment the court is declaring that the marriage was never valid, and is now void, due to certain circumstances presented to the court.

What About An Annulment?

These qualifications are rare and would normally be difficult to meet legally. One such qualification for an annulment would be if it could be proven that the marriage was the result of duress, extortion or fraud. However, even if this qualification could be proven, if it’s been more than a year that the couple has been been in co-habitation, in some cases that nullifies the ability to get an annulment based on duress, extortion or fraud.

Another option to qualify for an annulment is if could be proven that the union results in an act of incest. One partner would need to prove that the other is a direct family relative. It is very rare this option is used as the basis for an annulment.

Another option to petition for an annulment would be on the basis of mental incapacitation or insanity of the other partner. This is the option most often used however the definition is often stretched by the court to include either a proven history of physical violence or a psychological review by a professional declaring some form of mental psychopathy in the other partner.

There are other possible avenues to explore such as abandonment of 10 years or more, or presumption of death. However anyone thinking to seek out an annulment in the Philippines under any circumstance is highly encouraged to seek out the professional direction of a family law attorney. If an actual death of the spouse can be proven with a death certificate, the remaining spouse would then be widowed and free to re-marry.

A Difficult Situation For Filipinas

So, the end result is that it results in two things. It results in Filipino couples who decide to not get married because they know if they do get married they are for the most part stuck together for life. And so what they do is they live together, start having babies and then later, if the man decides to leave he just leaves. No divorce required and little recourse for the abandoned Filipina with kids. The only upside to his arrangement is that she is now a single mom, but she’s free to legally marry someone else.

It is a different situation when a Filipina and a Filipino do get legally married. Maybe they have a couple of kids, and then they split up. Well, even though the guy has taken off and will in many cases find another woman to live with and produce even more kids with… they remain legally married.

So now you come in as the foreigner and you meet this woman who may or may not have kids and but she’s still paper married to this other guy. And it doesn’t matter that they’ve been separated, they are still married. The only way that her marriage to the Filipino is going to legally terminate is if the Filipino husband dies. Then at that point, she’s a widow and free to remarry. The harsh reality for most Filipinas is that they are struggling to simply put food on the table and cannot afford the attorney and court fees to seek an annulment. Thus they find themselves in a bit of a marital purgatory… without a husband but unable to legally divorce in order to remarry with someone else.

Which brings us back to the annulment. Yes, every day someone is getting an annulment. Often on the basis of a psychological assessment of one of the spouses by a professional. Unlike obtaining a divorce in other countries, there’s no guarantee that your petition for annulment will be granted. It is as that particular judge’s discretion. You could find yourself paying for the attorney fees, waiting on the court and being denied. So just be aware that it is a possibility. However an experienced attorney will know how to best increase your odds so that your filing is approved.

There is no question that this legal atmosphere puts Filipinas in a hard spot because they want to restart their life, but they’re still paper married to a husband who is not around. It’s not as if the two of you can just ignore the situation and get married anyway. In order to get a marriage license the officiator of the wedding would need to see a CENOMAR (certificate of no marriage) which is issued by the main registrar in Manila. But that won’t be possible if her marriage was registered because then her CENOMAR would be annotated that she is already married. No CENOMAR means no marriage license… and no second marriage. They have to certify that she’s not married to someone else.

Some Filipinas will blindly hope that somehow they could have second marriage with a foreigner despite the CENOMAR issue and state that they are ‘Single’ when in fact they are still married., Other Filipinas will state that they are ‘Separated’. However, even with a legal Statement of Separation (which only lays out asset, custody and support issues), she is still legally married. It is also worth noting that if a Filipina states her status is, ‘Complicate’ on a dating site profile… that most often means she is paper-married.

So what can happen and has happened to a lot of guys is they meet a Filipina and of course somewhere along the conversation he discovers she is still paper-married. If she’s not honest, she’ll say that she was never married and that she only lived with the guy for a while. She may say that they never had a legal ceremony. The easiest way to confirm if her story is true is to simply help her file for a copy of her CENOMAR and that will settle the issue.

It’s the difference between being able to marry this woman or not. Living with her while she’s paper married can possibly end up getting you in trouble. So there is that to consider. Because then you’re kind of opening yourself up to the Philippines Adultery laws. They actually have them here which can get each of you two to six years in prison depending on the situation. And even if that doesn’t happen, the paper-husband could come along and try to extort you with those charges.

What many of these women are hoping is that you’ll fall in love with her and maybe you’ll either be willing to pay for the annulment or that you’ll settle for living together under the radar.. They’re hoping for the best that somehow it is all going to work out. Again, it’s a shame that they are put in this position. That they’re not given the opportunity to divorce. But that’s something to be aware of when you meet a woman, her legal marital status. I keep telling everybody in my blog and in my videos and in person… spend a year getting to know this person. And I mean spending time with them and finding out their background and all that because you at least want to know what you’re dealing with. Are you dealing with somebody who’s been paper married or are you dealing with a single mom who had a couple of kids but never got legally married? That makes a big difference.

Only the paper-husband can bring forth such adultery charges. Which is often unlikely to happen if he himself is in cohabitation with another Filipina. And if he has children with the other Filipina, this would prove intimate relations have occurred. Likewise, it is not adultery if he could only prove you simply had dinner with his paper-wife. He would need to prove that you were “living together as husband and wife” with his wife or present proof of intimate relations with her. So in such situations it becomes a stalemate. Often, if both parties were to accuse each other of adultery, a judge would be hard-pressed to imprison both parties and leave their children without guardians or support.

It is also worth noting that what some Filipino couples have done to work around this, is to sign a Marital Settlement Agreement of Separation. In such an agreement, each spouse agrees to a legal separation of assets and debts, custody, support (if any) and… a mutual agreement to not pursue any legal claims due to any extra-marital relations. This allows each party to get on with their life, however neither is free to legally marry again. An attorney could help with such an arrangement if both parties are willing to cooperate.

So before you really start making any big commitments with a woman, you want to find out her status. Is she truly single?