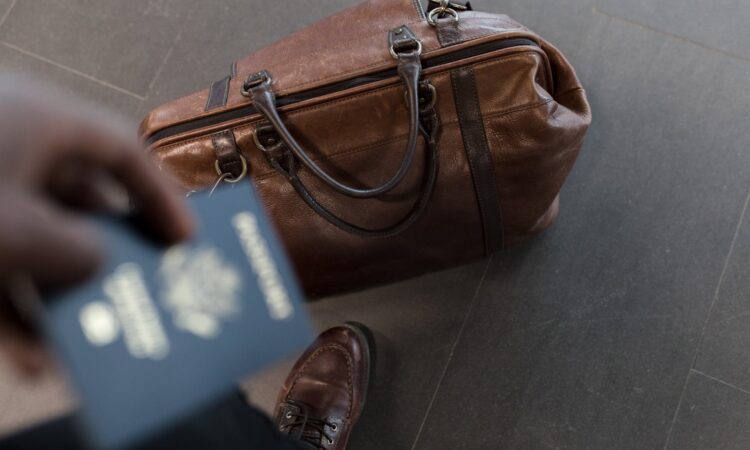 Go to the nearest immigration office and let them know you’re going to be leaving, that you’ve been in the Philippines more than six months, and you want an exit clearance.. ECC. They will process it for you. The delivery time of the ECC varies from office to office. You can ask them to expedite it and sometimes they will. All they have to really do is run some an electronic check through the NBI and Interpol databases and then you’re clear. That’s the whole purpose of the exit clearance. They just want to do one last check on you that you haven’t committed any crimes you’re not wanted by Interpol, there’s no outstanding warrants or court cases pending in the Philippines.

It costs about 500 pesos which is about $10 US dollars. You will also need to provide a few 1″x1″ color photos. (you can get those done in the mall.) I recommend you get it two weeks before your departure date. It may take three to four days depending on their case-load and Filipino holidays. And so that’s going to push things back, so you don’t want to end up running out of time. So two weeks before your flight that you’re going to leave the Philippines get that ECC certificate clearance and then you’ll be all good. Keep it with you when you go to board your plane. You’ll pass through like an immigration desk and just hand it to the immigration officer with your passport and your itinerary and you’ll be fine.

There are immigration satellite offices on just about every island. The problem is that for the ECC, they only do it in certain main branches. They will do it at the Cebu office in Mandaue. I know for sure they do it there because that’s where I got my last one. They will also do it at the one in Manila. And I’ve been told they will do it at the one in Iloilo and possibly in Davao. So start looking at this two weeks before your departure date. Because if you’re on say Bohol, you’ll need to get over to Cebu. Or if you’re in Leyte, you may need to go to the Manila Immigration office. So you’ll have to calculate that time in for travel and whatnot.

Okay, so that’s the ECC the exit clearance. The second item is a bit of a unique situation. It rarely comes up. It happened to come up for me and it’s possible it’ll come up for you. Now here’s the situation.

New Stamps On A New Passport

You are in the Philippines. You already entered with your passport and you’ve been getting your visa renewals for your tourist visa. Everything is great. And then you realize your passport is going to expire in six months or less. This means you cannot travel. You also cannot get a visa extension with immigration with less than 6 months of validity on your passport. So let’s say that your passport is going to expire in December just as an example. That means that after June you cannot get another visa extension until you get a new passport.

So what you want to do in that last year of validity on your passport, somewhere around March (9 months prior to expiration).. when you still have nine months of validity left to it, you want to go and apply at the Consulate office in Cebu if you are a USA citizen. They have an office there at the Waterfront Hotel, first floor, at the back of the building. This is where you would go to renew your passport. Once you do this, you’re good for another 10 years. (American Passports) This way you start the new-passport process while you’ve still got nine months validity on it. And then you can get your visa extensions and you can leave the country if you need to later.

Most airlines and immigration between the two are not going to let you fly anywhere if you have less than six months validity on your passport. If they do it’s a rarity. It just happens that immigration and that particular airport are going to be okay with it. Don’t count on it. You don’t want to be basically locked in-country waiting on a passport if you’ve got a an emergency and need to get home quickly.

How To Resolve This

The transfer stamp is not reliably available in Cebu and it’s not being done at any of the satellite offices the area of Cebu. So you need to have it done in Manila. Now you have two choices. Again, it’s a step that has to happen. And it has to happen in Manila as of this writing. (check with Cebu, on the chance they have recently added this service or not). Remember, you cannot get a new tourist visa extension on your new passport until you get this transfer stamp put in.

If you happen to be near Manila… great. Your other option is to take a flight to Manila and make an appointment at the immigration office there and then you can get your transfer stamp. But if you really don’t want to hassle going to Manila in person, go to the major malls and I recommend you find a reputable travel agency that handles this particular task. If you’re in Cebu, there’s one called Olvis Immigration Services. They’ve been in business for over 25 years. They do SRRV’s and they do anything dealing with immigration. They handle fiance visas and can handle this transfer stamp issue. So what you can do is go to the Ayala mall, walk into their office. It’s there in the services department and they have a courier who will will take everything to Manila and deal with it there and they will wait in the line they will get it all done and then bring your passport back to you at their office in Cebu.

And that will save you the trip. Of course you’ll pay the fees that are required for that plus you’ll pay the agency something for their trouble. You’re paying them for the service to do this for you, saving you the plane ticket to do it yourself. They only use trusted couriers they’ve worked with and then then you’re done. You don’t have to take a flight all the way to Manila and pay for the hotel, the flight and the food… you can just pay the fee and you’re done with it. Part of the process is signing a limited power of attorney, to give them the authority to present your passport to immigration on your behalf.

To recap, if you’ve been in the country more than six months, you’re going to need that ECC clearance, Get it at least two weeks before your departure date. And if you have a brand new passport that you get while you’re in the Philippines, before you can start putting visa extensions on that, you’re going to need to get this Transfer Stamp which for now can only be done in Manila. But you can get a reputable travel agency to do this on your behalf. I recommend the agencies in the mall. You know where you can find them, and you can ask on the expat groups for a reputable reference as well.