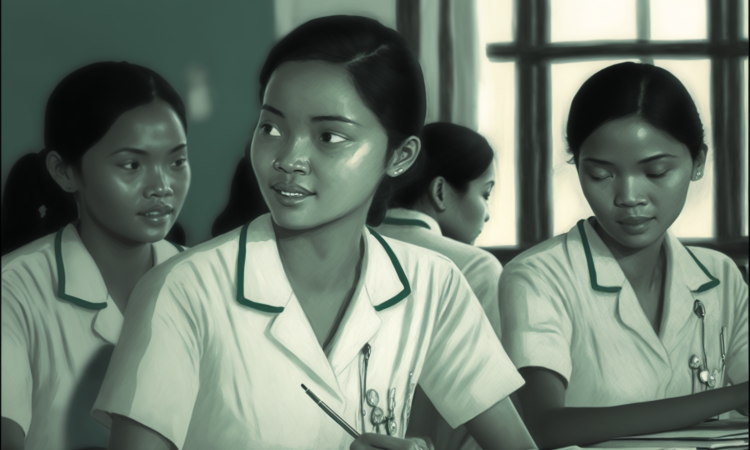 The COVID-19 pandemic has caused a huge demand for healthcare workers around the world, and the Philippines is no exception. The government has tried to address the shortage of healthcare professionals by implementing a cap on the number of nurses allowed to work abroad in 2020. But as borders start to reopen and hiring becomes more competitive, it looks like this cap may not be enough to stop nurses from seeking higher salaries in other countries.

According to data from Filipino Nurses United and the Health Department, over 310,000 of the 910,000 registered nurses in the Philippines were working abroad at the end of 2021. Previously, between 13,000 and 22,000 nurses would migrate each year to places like Australia, Britain, Germany, Japan, Saudi Arabia, and the United States, where they could earn significantly more than in the Philippines.

But after the cap was introduced in 2020, the number of nurses looking for work abroad dropped to 16,391. Despite this decrease, the Health Department still says that the Philippines is short of over 100,000 nurses.

One reason for this shortage is the low salaries and poor working conditions in the Philippines. A 2020 study by iPrice Group found that Filipino nurses earn a monthly salary of $687, compared to nurses in Vietnam ($1,083) and Singapore ($4,058). The Philippine Nurses Association is trying to change this by pushing to update the 20-year-old nursing law and standardize nurses’ wages and benefits. However, it’s unlikely that the Philippines will be able to match the salaries offered in countries like Singapore and the United States, where nurses can earn up to $70,000 per year.

Despite these challenges, many nurses in the Philippines are still keen to work abroad for higher salaries and better working conditions. A lot of nurses decide to leave the Philippines for the UK because of the four to five times higher salary and better working conditions. Other nurses are also looking to move to Japan after gaining two years of clinical experience, with the goal of earning enough money to support themselves and their families while working abroad.

Service recruiters predict that the number of nurses leaving the Philippines will increase as hospitals, especially in the United States, become more competitive by paying for nurses’ licensing exams and offering immigrant visas. However, an extra year of language training required in countries like Japan and Germany may put some nurses off.

The Philippines is in a difficult position as it tries to keep enough nurses in the country to fight the pandemic while also addressing the low salaries and poor working conditions that drive many nurses to seek work abroad. President Ferdinand Marcos Jr. has said that he wants to increase the cap on the number of nurses allowed to work abroad each year, but that the government must also work to “improve opportunities domestically.” It’s not clear yet how this balance will be achieved, but it’s clear that the Philippines, like many other countries, is facing a severe shortage of healthcare workers that will have long-lasting consequences in the fight against COVID-19 and beyond.