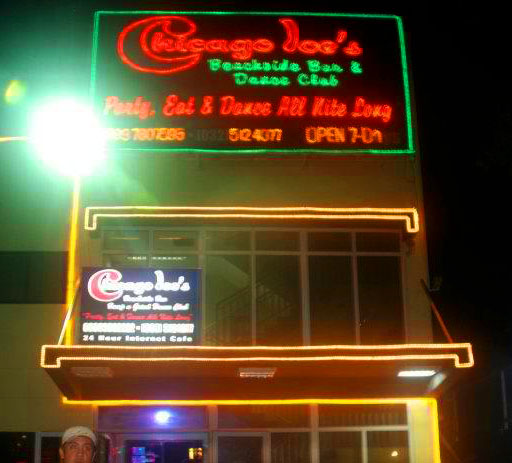 “When the music’s over.. turn out the lights.”  — Jim Morrison

Well, it’s with a heavy heart that I write this particular article.  Two weeks ago I made a trip to Chicago Joe’s Bump & Grind Disco Dance Club late on a Monday night for a night of fun and it was closed.  I figured maybe that was a new thing, closed on Mondays.  But then a few days later I got an email letting me know that Chicago Joe’s is now permanently closed.

Not only was I shocked.. I was truly dismayed to hear the news.  I couldn’t believe it so I contacted a few of the girls I’d met there who still live in the area there on Mactan and.. it was true; Chicago Joe’s was now permanently closed down.  From a visit to the official Facebook Page it looks as though the last official night was on July 7th, only a week before I got there for a return visit.  As Maxwell Smart would say, “Missed it by.. that much.” 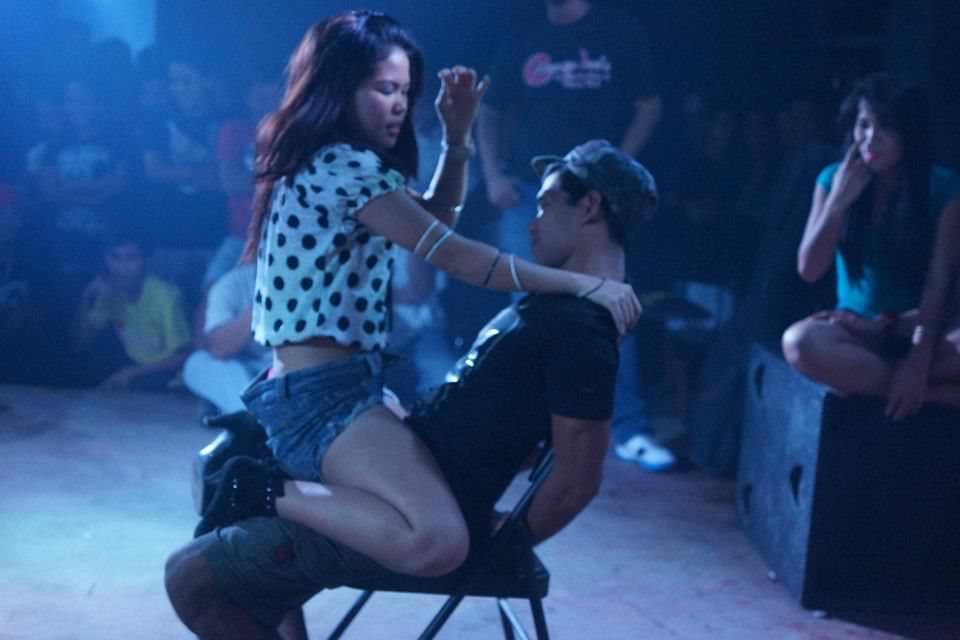 Now, if it had been any other dance club I would have shrugged it off without skipping a beat.  But for those of you who have followed my journey here from the beginning, Chicago Joe’s was the pivotal hub of activity on Mactan when I arrived here.  Chicago Joe’s was not just some dance club.. it was a Party Compound.  Sitting on roughly an acre of land it offered not only a state-of-the-art sound and lighting system for the dance-floor and live entertainment, it also offered private karaoke rooms upstairs, several hotel rooms, a swimming pool, a large recreation room, a conference room, basketball court, outdoor patio, projected videos outdoors, fresh cooked bbq chicken outside, a very good kitchen of American, Italian and some Mexican food indoors, a scuba-dive center, marina access.. and as if all that wasn’t enough.. the hottest looking bartenders on the island.  Chicago Joe’s was THE place to party until sunrise.   This was much more than your average disco-club.  (btw.. they still call dance-clubs ‘discos‘ here in the PH.)

Since I was a regular (for journalistic purposes) at the place, Joe and I got to know each other a bit.  I eventually featured a video here on the site showcasing the place.  Fridays and Saturdays from 11p to 1am you’d always find Joe at the end of the bar having the time of his life playing with the female customers and his bartender girls.  He really enjoyed 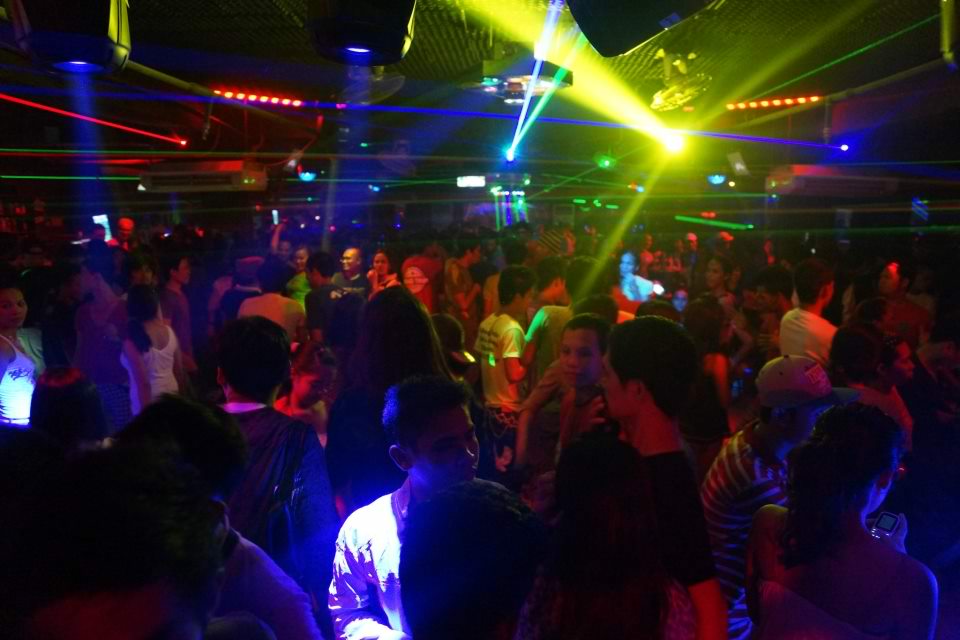 what he was doing.. “living the dream” as they say with all the wine, women and song any man could ask for.

When I first arrived in July of 2012 and all my subsequent visits there, the place was always packed.  Once 10pm rolled around all the girls had gotten off work, put on their face and got themselves over to Chicago Joe’s.  Even though it was right between two of the largest resorts on that side of the island, it was not exclusive to foreigners.  In fact there was always a heavy mixture of Filipinas, their boyfriends at times, women from South Korea, Germany, Japan and everyone there in the mood to have a good time.  I never went there and didn’t have fun.  I was there for Halloween which was just a total blast with my buddy Kristine.

With plenty of people coming in and such a prime location and so many income streams.. I just had to ask myself, “How could this happen?”  I was hanging out at Chicago Joe’s for 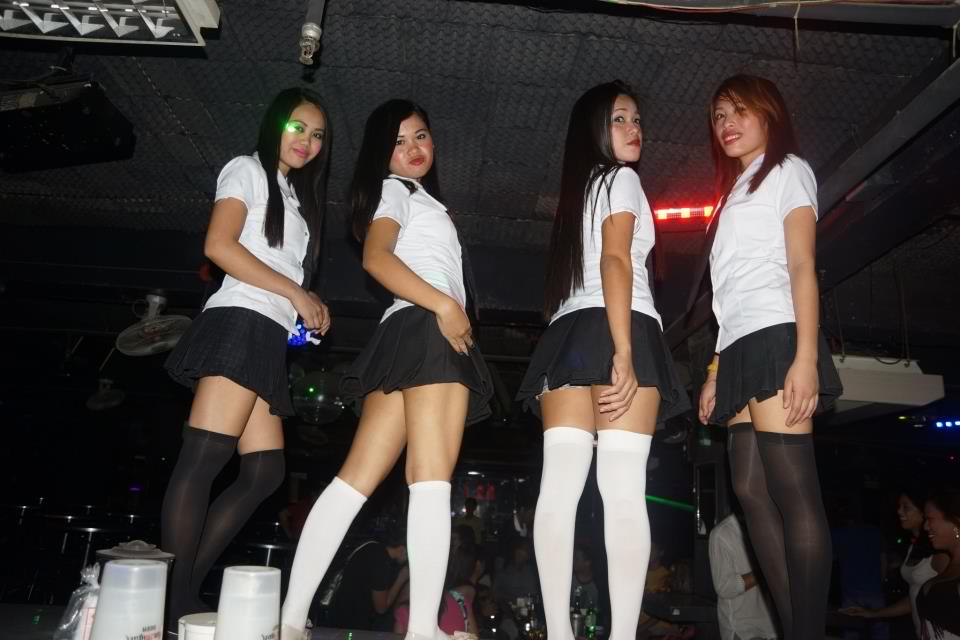 the afternoon of the last Manny Pacquao fight to watch it on the big screen there with Joe and some of the locals as well as my buddy, Minhaz from Bangladesh and a very special Filipina.. when I asked Joe what he planned to do with the large room across the parking lot.  He was pretty excited about plans to make that a game room and already had in there the large ceiling fans, furniture and several pool tables just waiting to be properly installed and set up.  At Christmas-time I came in for their annual dinner and everything was just busting at the seams with money flowing over the bar.  Joe suspended the cover charge for the entire month of December in fact as his gift to all his clientele.

Everything was going like gang-busters.  And now.. closed.  Was it local politics?  A woman?  What could cause Joe to leave Mactan for a visit back to the US (which I had heard was at first only a visit).. and now, no more Chicago Joe’s?  I have no idea and could only speculate.  But lack of customers was not the problem.  That place was the place to party and rivaled anything from Mactan to Cebu.

Once I finally accepted the fact that Chicago Joe’s was simply ‘no more’, I remembered a thread I’d read in a Cebu forum about a place called the Cobra Club over in Cebu.  The story as I remember it is that the place there had a disco, bar, massage and some rooms for brief interludes with new acquaintances.  According to local expats, the place has changed hands at least four times, each time sold to a foreigner for about $35,000 and each time sold back to the original, Filipino owner for less.

The story is that all went great in the beginning for about a year.  It seemed like a dream come true for any expat.  Owning your own bar, with liquor license, fully stocked, in a great location on a tropical island.. for under $40k.   What’s not to like about that?  But then, it would seem that the place was under threat of being raided.. unless certain ‘fees’ were distributed.  The word is that these off-the-record ‘fees’ eventually rose to the point that the bar became only slightly profitable.  Other stories say that the owner was set up by a woman to sleep with the owner, only to have her husband come along after the fact and threaten the owner with prison.. unless he sold the bar at a huge discount.  Again, that’s the local “chisme”, none of which I can verify about the Cobra Club.  Maybe some of you long-time expat locals to Cebu can shed some light on what happened there.

As for Chicago Joe’s,  I don’t have any official word on what the cause of demise was there.  A rocking club, Joe closed it down, went back to the US and now he is setting up a brand-new Chicago Joe’s soon to open in Houston, Texas, USA.  I’m just glad Joe got out with some of his investment and can make a new start.  He definitely knows how to have a good time and I’ll miss his club for a long time to come.  The US won’t give him the same freedom to run the place like it ran here, but at least if I’m ever in Houston, I know the first place I’ll be after checking into my hotel.

Meanwhile, had things gone according to plan.. right now I was scheduled to be in Iloilo right about now.. soaking up some sun and beers at a new beach bar to be opened by a reader here I share a common friend with.  The plan entailed catching a boat out there, meet up with him and do some photos/video for the website I’d be building for the bar.  He had been setting up the purchase of the bar from the UK and arrived here recently to finalize the deal.  Well, as it turned out the seller ended up wanting a ‘bonus’ for signing the contract (??) of $50k pesos and the whole deal went down the drain.  Yah, go figure.. screw up a whole deal just out of greed.  Well, my buddy wasn’t about to cave in on that nonsense so he walked from the deal.  Probably for the best since maybe that was a red-flag that other shady items might be in store when doing business with someone like that.

Which brings me what I’ve said before about foreigners starting and running a physical business here in the PH.  Yah.. some guys pull it off, for a few years.  Business is tough in any country.  But here, making it past those first 3 years can be a really stressful period with no guarantee it’ll go much further than that.

Well, I can only hope maybe someone else will purchase and revive Chicago Joe’s sometime soon.  Maybe they’ll make a go of it and keep the doors open long term.  But if it ever does get revived, I’ll be there to check it out.  All night long.  For the sake of reporting back to you fine folks, of course.  It’s a tough gig but, you’re worth it.  So, for now.. a farewell look at what Chicago Joe’s once was with a hope to seeing it rise again sometime soon.  Best of luck, to you Joe in your new venture in Houston.