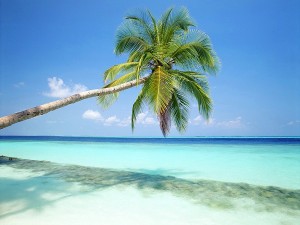 [Calif., USA – April 16th, 2012]    Earlier this week, while searching for even more websites from other Americans who have made the Philippines their home, I focused again on sites that covered normal ‘daily life’ rather than the ‘tourist’ spots the islands are known for.  It’s unrealistic to think it’s all white, sandy beaches and umbrella drinks, though I must admit when I first started this move those were the images that first caught my attention.

Now, don’t get me wrong in what I’m about to cover here.  The Philippines is a wonderful place and every Filipino I’ve ever met is very proud of the beauty of their country.  There are amazing beaches, 5-Star resorts, some of the best scuba/snorkeling on the planet, an amazing culture of traditions and mixed heritages, friendly people and fantastic food.  All these things exist there and it can truly be paradise in many ways.

But if I’ve learned anything in the course of my preparatory research it is that the Philippines is also a land of intense and diverse extremes.

I’ll start with this because it is not only one big reason why it’s such a great retirement or vacation spot, but also because it is something of a tragic reality that cannot be ignored once you take a real look around.  The current US Dollar to Peso rate is roughly 43 Pesos to 1 Dollar.  Now.. that’s great news if you’re a ‘Kano’ (American/Foreigner) with dollars in your pocket.  It means you can rent a hotel room for $14 a night.  Get a one-hour massage for $4.  Have your own full-time maid for $55 a month.  Rent a luxurious Condo for $500 a month right on the beach.  Paradise, eh?

But it’s not quite paradise for over 60 percent of Filipinos.  In fact, those fortunate enough to be in the 30% are living at what we in the US would call “low income” and those in the remaining 10% would be what we consider “upper middle class”.   The word ‘poor’ takes on a whole new dimension.  No electricity, no proper sewer is standard for many.  For others, a roof made of corrugated tin, four poles and wrapped with a blue tarp on the ground is what they call ‘home’.  For an American such as myself, not one of my poorest days compares to life for most there in the Philippines.

So what does that mean for the visiting tourist or ‘ex-pat’ such as myself who makes the Philippines his new home?  Well, from all that I’ve read and in my personal conversations with those who live there.. it means even if you consider yourself of ‘average means’.. to the Filipino, you are RICH.  Here in the US, I repair PCs via mobile service.  In my business, referrals are everything.  So I try to provide the best service I can at a fair price to gain more clients.  However, the Filipino approach is a much more intense version of ‘providing service’.

There, you are seen as not only ‘rich’, but from a land of milk and honey where the streets are paved with gold and everybody is living the life of Baywatch or the ‘Real Housewives’.  You know that’s not the case.  But for people who hardly ever see a television, or internet, or leave the same island they were born on.. you’re as magical a creature as a Unicorn that leaves a path of dollar bills everywhere you go.  So, something as simple as walking down the street, unnoticed in your own country.. turns into having a dozen kids following you all hoping for a few pesos each.  One American living there said, “It’s like being Jesus with all these kids following you everywhere.”

It means that even though the cab you hailed is already pulling up to you at the sidewalk.. a nearby person will rush to open the door for you, and wait for a tip.  It means if you even look slightly pensive about which direction you’d like to explore next.. suddenly someone is offering to be your personal valet and tour-guide to the island, again for an expected gratuity.

Now, please don’t get me wrong.  I do not fault the more desperate of Filipinos for doing these things.  Filipinos who can meet their own needs are not the ones doing this.  As I see it, those who are spotting the foreigners and seeking to exchange SOME sort of service to make a buck are simply trying to put some food on the table.  At least they are seeking an honest exchange for the most part.  Yes, there are those who beg as well.  When I get there I would bet dollars to donuts that those who beg are probably those who are handicapped or elderly (or kids).  But for the most part, able-bodied Filipinos are willing to ‘create work’ in even the most trivial ways to earn a dollar.  In my book, that’s far more respectable than a country where the poor try to mug and rob you.

So.. for me I can tell that’s going to take some getting used to.  I’m accustomed to walking ‘invisibly’ down the sidewalk all day long and not interacting with a soul unless I choose to.

Nobody ever promised Paradise included toilet paper.  Sure, if you’re in a 5-Star resort, no problemo.  You say you want to spend the day in town?  Put whatever TP you think you’ll need that day in a ziplock bag before you leave the house because you won’t find it in the “comfort room” (CR) downtown.  In fact, if you find a commode -with- a toilet seat.. you’ve scored.

Even in a 1st-world place like Hawaii, there are the ‘tourist areas’ and then there is the central island ‘daily life’ Hawaii that 90% of tourists never see and rarely include in the photos they show off of their trip.  Philippines is the same except there is far more ‘daily life’ at a much lower living standard to look at, and you don’t have to go far from the hotel to see it.  For the person choosing to make it their new home (like me).. I’ve been told to expect just about ANYTHING when walking out the door in the morning.. or late at night for that matter.  You open the door to view the weather.. and there’s either a pig or a goat from next door parked on your doormat.  Try to act normal, the pig might be sleeping.