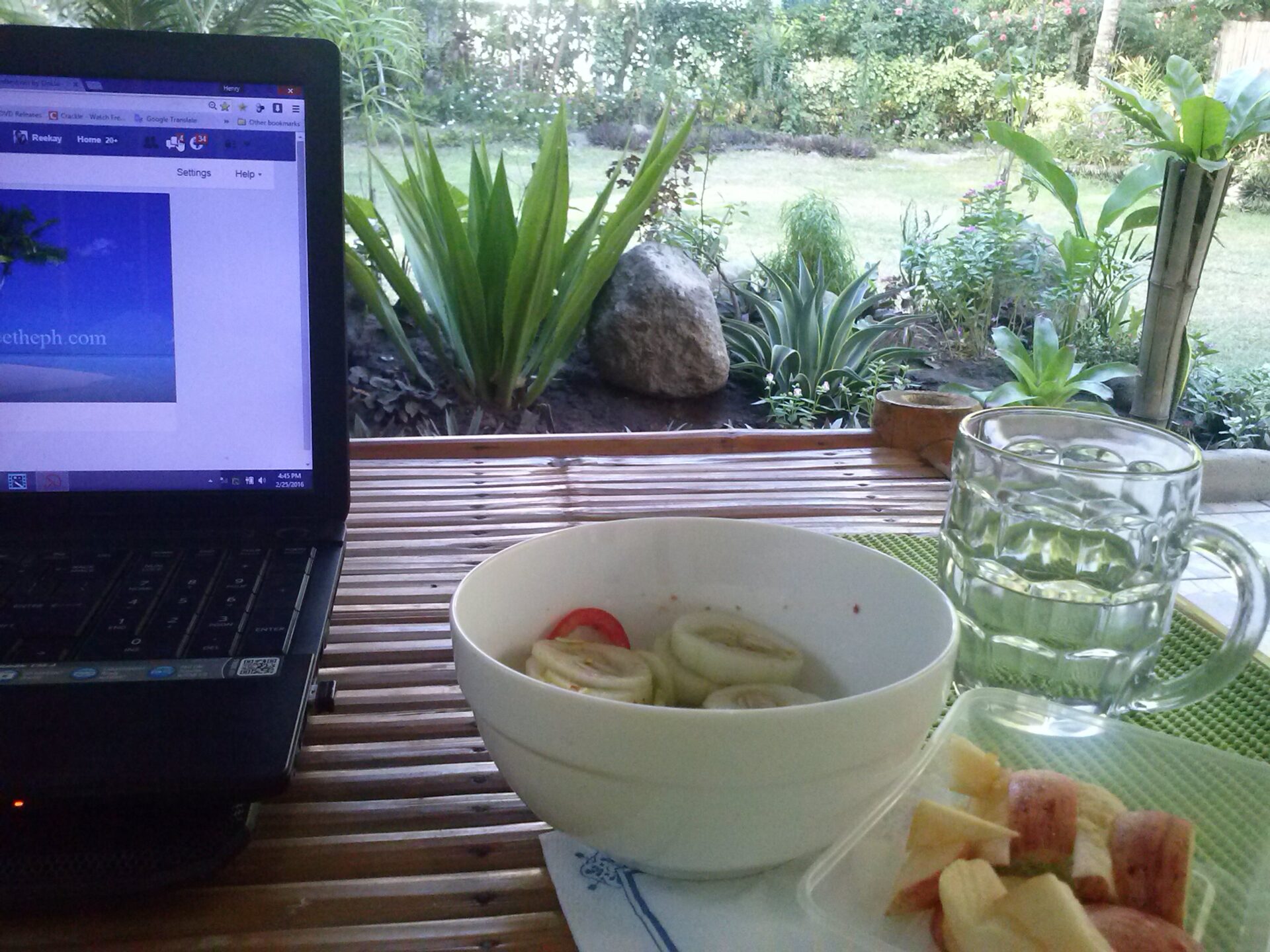 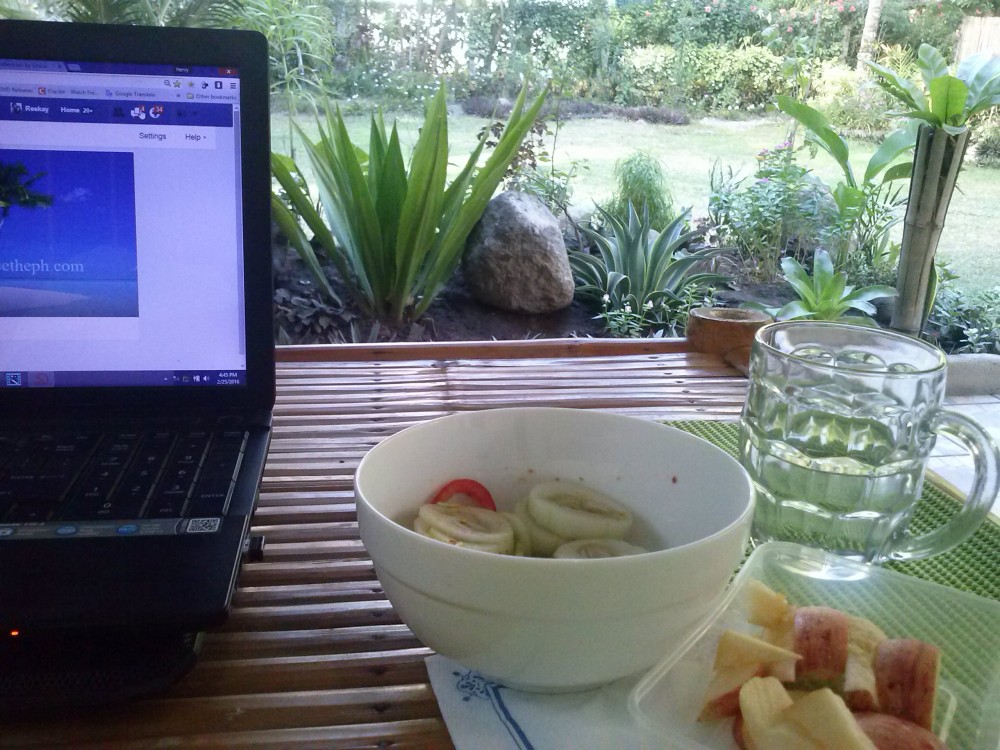 My schedule on any given day is usually not very busy. In fact, it’s because I try to schedule out my various tasks for the week so that I only have one thing to do each day. It’s my, “One Thing” policy here in the Philippines (PH).

I’ve found that the only days I encounter real stress in the PH are the days when I get ambitious and try to take care of three or four items in one day. That’s when the slow pace here goes from being ‘relaxing’ to being a major source of aggravation. Traffic is slow. Lines move slowly. People walk slow. Everything in the Philippine universe is moving at half speed the moment you are in a hurry. But if you don’t need to be anywhere at any particular time, or you have allotted the ENTIRE day to just one task, then you can take it in stride.

So what was today like? Even by my standards (which are pretty low), this was an extremely lazy day for me. The night before I stayed up late watching ‘Iron Man 2’ with Lyn so we hit the hay around midnight. She had plans to meet her sister and visit their Mother all the next day so I set the alarm for 7am. I never heard the alarm go off, but apparently Lyn did. By 8am she was dressed and had my breakfast on the table with a plate over it to keep it warm. I gave her some money for the day and while she caught a tricycle to town.. I rolled back into bed.

Somewhere around 9:30am I thought I heard someone knocking on the door. I managed to get out of bed and found it was just the maintenance guy picking up our trash bins from the back patio. But.. as long as I was now out of bed, I plopped down in front of the breakfast at the table and surprisingly it was still slightly warm. (Eggs and hash browns, one of my favorite simple breakfasts.)

I fired up the laptop and ate while I answered comments and messages from both Facebook and Youtube. I skimmed my email since I only use that for banking and news article updates on current events in Asia.

If you’re anything like me, either Facebook or Youtube can become an eternal carousel of lost time. “Just one more video.. oh, I got a notification. what’s that about?” Back and forth from one site to the other and next thing you know, it’s already 12:30pm.

I look out the window and, yes, once again it is a beautiful, perfect day in the Philippines. No need to look up the weather. Sunny, clear skies, a few white clouds. Pretty much a picture perfect day here in the province. A gentle ocean breeze moves the coconut leaves just slightly. Everything in sight is lush greenery. Yes, truly another amazing day awaits.

I shuffled myself across the room and figured it’s about time I took a shower to officially get the day started. Ah, thank goodness for hot water on-demand. When you’re in the province it’s little luxuries like hot water that can start your day just right.

But, even so, I just wasn’t in the mood to do the whole “shampoo hair and shave” routine so I just basked in the hot water a while and dried off. I slipped on my favorite comfortable shorts and a Batman t-shirt, I was now officially ready to “do something”. But what to do?

As I mentioned, Lyn would be gone all day so that meant I could pretty much plan my day as I pleased. I probably should go to do my renewal at Immigration. But it’s Monday and everybody who didn’t do it on Friday will be there. Much better I go on Tuesday. Okay, scratch that off the list. I’d been meaning to do some writing here at the blog, but I wasn’t really sure yet what I’d be writing about so I figured I’d let my brain percolate just a bit longer.

Then it dawned on me.. “make some cole slaw.” I’ve never made cole slaw before but I have the internet, cabbage and other stuff in the fridge. How hard could it be? I went to FoodNetwork.com and rummaged though the fridge until I had what I needed. It’s very relaxing to prepare food when you’re not hungry. For me, anyway.

Okay, cole slaw was done and it came out “okay”. A little too much mustard but, I’ll make note of that for next time. And next time I’ll add raisins.

I figured I’d check up on some Groups that I run on Facebook. Technically that would count as a ‘task’, I suppose. Oh, look.. Youtube has a whole playlist devoted to the Stones. That blew another hour.

Before I knew it, it was now about 3:30pm and I really hadn’t done anything yet that wasn’t “maintenance” type stuff I do every day anyway. Got to think. What to do? Well, I could think a bit better with some music playing, so I fired up the USB player and selected a folder with about 130 songs from the 80’s. Ahh, that was a great time for music. For me anyway, I love 80’s music. I turned on one of the oscillating fans and figured after making that cole slaw I deserved a break and stretched out on the big leather couch to enjoy some music for a bit.

Lots of great music on that USB stick. Hours and hours of playlists. Stones, Neil Diamond, Kinks, Souxie & the Banshees, Disco, Bill Joel, Billy Idol, Motown, Blues, Reggae.. the songs just kept coming through as I laid out on the couch. Drifting off in my mind. 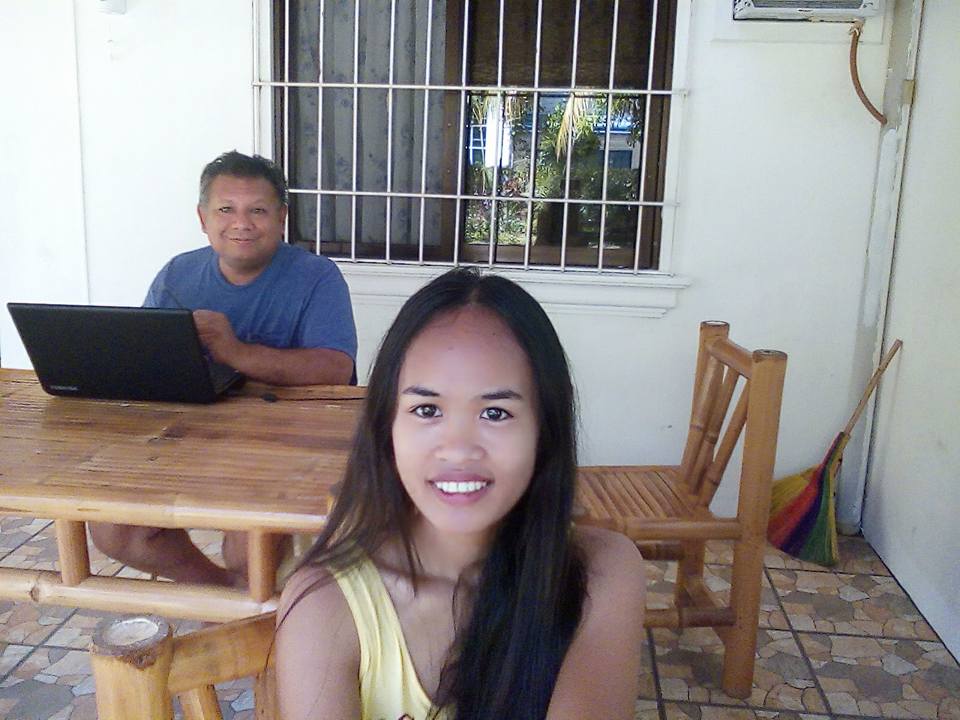 My bliss was suddenly disrupted as I received a text, from Lyn. She was still about an hour away and just letting me know she was on her way back via the bus.  I figured once she let me know she was almost to Dumaguete I’d go pick her up.  Everything faded to black as I drifted off to sleep, listening to something by INXS.

I guess I must have dozed off (again) because the next thing I knew she was walking into the house. I’d fallen asleep with the door wide open, apparently. She came and sat down on the couch next to me.

“So, how’d it go with your Mom and sister?“, I asked.
“Hmph! I’m mad with you.”, was her response. But she wasn’t actually ‘mad’.. more like perturbed. But few Filipinas use the word ‘perturbed’.
“Why?“, I asked.. still somewhat in a fog from my long, unplanned nap.
“Because you did not answer my text.”
“Oh. Well that’s because I was asleep. I can’t answer texts when I’m asleep.”

Kinda hard to argue with logic that solid, so she poked me in the ribs a few times and asked if I was hungry. “A grilled cheese sandwich and canton noodles would be nice.”, I replied.

She fixed up my sandwich and noodles, then she got comfortable and played some “Plants vs Zombies 2” to unwind. Me.. I moved the laptop out here to the cool patio, lit up a mosquito coil and asked 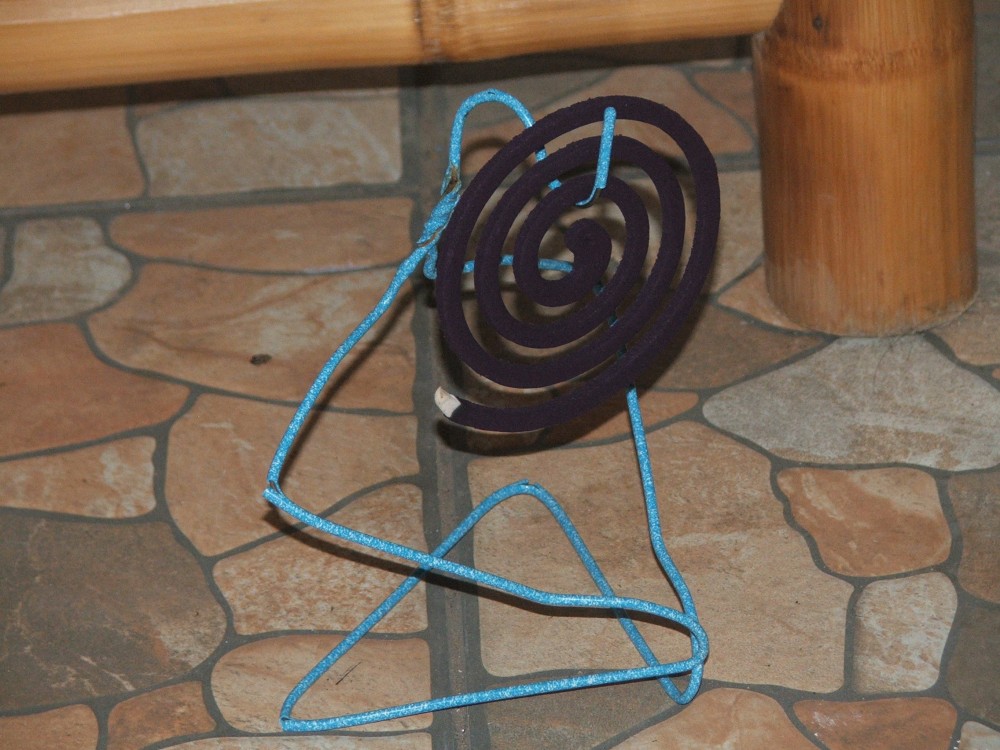 myself, again, “What will I do today?“. Only now, it’s already 9pm so that somewhat limits my agenda.

I finally decided to tap out this article and call it a productive day. Then I’ll put “Iron Man 3” on so Lyn and we can just kick back and relax. As for uploading this article, I’ll schedule that for tomorrow morning, or evening. No point making it a hectic day.