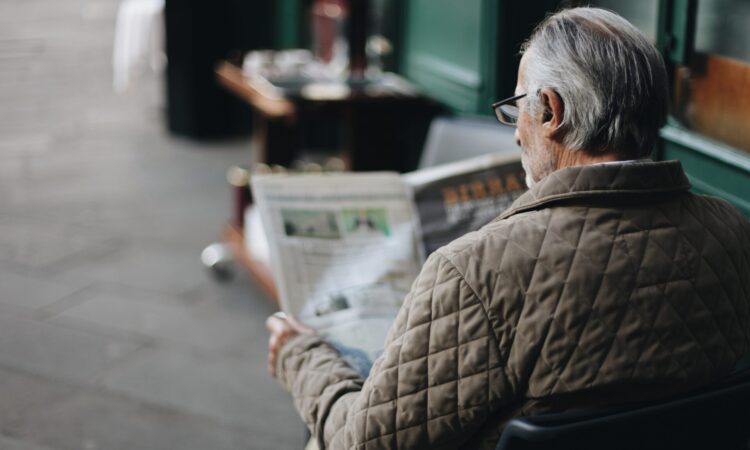 So, that’s one way to go is hire somebody as a home health care person for you when you get into what I call elderly. It’s one thing to be retired, you can be retired at 50. You could be retired at 60. You could be 70 years old and in great health. But once you get to the point of being elderly, where you’re you’re pretty much past your prime, your body starting to give out.., you’re starting to become susceptible to just the aches and pains and maybe even serious limits to your mobility. At this point you’re just not as spry as you used to be.

Now the other option for those who look to live long term in the Philippines, is to get married and have a wife who will take care of them and help them. There is a relationship in place and all but that’s part of how they’re going to address being elderly in a foreign land. So there’s that route, and I believe there’s no single answer for everybody because not everybody wants to be married. Not everybody wants to stay single the rest of their life. So that’s a judgment call you have to make for your own life.

But going a step beyond that is the reality that time eventually catches up with all of us. And we get to a point where we don’t want to do visa runs. We don’t really want to get out much further than the mall. I do know of an expat who spent the last four years of his life bedridden. Fortunately he had a home there in the Philippines and his wife took care of him. But he spent the last four years of his life confined to a bed. He was approaching 90, so take that into consideration.

So, going a step beyond this there’s what I call the end game. What’s it going to take beyond someone who cares for you, someone that you trust? Well, it really boils down to money

You’ve seen blogs that say, “Oh, you can live in the Philippines for $500 a month.” And you get this cheap apartment out in the middle of nowhere. But that doesn’t account for something going wrong. Like needing to go to the hospital because you got an appendicitis or whatever. It doesn’t account for that. It’s doable, but it’s a bit irresponsible. And, and you end up seeing these guys that end up in dire straits because they have no cushion money.

Time is gonna catch up with all of us. And we’re eventually going to need medical care. It’s just inevitable unless we die by the time we’re 70 or so. But I want to emphasize the importance of money. It’s one thing to come out here when you’re in your 50s or 60s. Have a great time. Just kind of fly by the seat of your pants… get by on maybe 700 bucks a month or something. Life is fun, life is grand. But it’s not going to stay that way forever.. You’re gonna get older and you’re gonna need money.

So I guess what I would put in front of you today is thinking about it. If you want to live in the Philippines, but you’re really strapped for money, and you don’t really have much in the future to look forward to. You may want to consider… you spend a season of 10, 15 or 20 years in the Philippines. But then you may need to get back to your home country. You may need to just plan on that. Maybe in your home country. They’re socialized medicine and you’ll be taken care of. But here in the Philippines, there is no safety net. There is no socialized medicine so if you don’t have the money, you should probably plan on enjoying the Philippines for a decade or two and then making plans to return to your home country. That’s my recommendation. Now, if you can look at your future situation and you’ve got plenty of money to cover yourself for years of elder home-care and hospital visits, then that’s great. You’ve got got money in your retirement and pension for the long haul. If you’re looking at 1500 2000 or more US dollars a month you should be fine, barring any major changes in inflation over the years.

So if that’s the case, well then really you’ve addressed the issue. But the issue is, again, inevitably you’re going to need money. And the older you get the closer you get into that that phase that I call elderly where you’re essentially weak, getting sicker by the day, weaker by the day. We’re all going to face that at some point unless again, we die prematurely. It really boils down to handle that phase if you’re going to live in a foreign land. Think about it.

I remember a guy who got to that elderly stage in Dumaguete, Philippines, he trusted the wrong Filipina and he ended up out on the street. She stole his ATM debit cards. She took his money, took his passport, even took his medication and left him homeless. And then she took off. There’s people that are that heartless. So you have the first responsibility to plan ahead. Plan ahead and think to yourself, “Okay, when I get to my elderly age, what is my end game plan? Do I have enough money to live abroad?” Or is it going to be better for you to return to your home country at some point in the future? And then at least have a network you’re familiar with and maybe socialized medicine that’s subsidized by the government.

What are your plans for the future? The end game, what what do you have lined up? Do you plan on returning back to your home country? Are you just hoping it’s all gonna work out? Do you not want to think about it or do you have enough money in place for the inevitable?