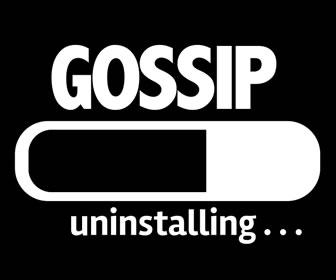 Sit right back and you’ll hear a tale… 🙂

A while back I wrote an article about My Life As A Vlogger and also The Peanut Gallery.  So I suppose today’s article will make the trifecta complete as we take a look at what will go down as perhaps the biggest egg-on-face incident in Philippines Troll history.

Prior to my first move to the Philippines (PH), I sat down in California with a friend of mine who had already spent 8 years living in the PH as an expat.  He came to my house in California and I asked him all the usual questions a newbie expat has about making such a big move.  One thing I asked him was, “What should I most keep in mind while living there?”  His answer totally surprised me.  He said,

“Filipino people are very easy to get along with if you are polite and respectful.   If you have any real problems or issues with anybody in the PH, it will come from other expats.”

I couldn’t believe what he was saying.  And even for my first six months in the PH, I still hesitated to believe him.  Shouldn’t “all” expats have some sense of camaraderie being as how we are all living so very far from home?  Well, it didn’t take more than having my own Youtube channel before I found out very quickly that there is a highly toxic and disgruntled small percentage of expats who have nothing on their daily agenda other than to whine, complain and criticize about normal, decent expats who are just living out their lives in the PH.

While this plays out online in the PH Vlogger/Blogger circles, it also occurs on a local level on each island that has an expat presence.   It seems for every island there is one or several expats who is the fly-in-the-ointment who stinks up every place he appears.  Not only a complainer but a gossiping liar about anyone who disagrees with his toxic verbiage he lays at will on others.  He can dish it out all day, but he can’t take even a hint of criticism.

So, getting back to our story on how several online trolls were proven to be 100% wrong and having their ill-intent exposed for all to see.

I introduce the key focus of this tale, one Michael Fazio who is a vlogger with a channel by the name of, HoodwinkedByAnAngel.  Fazio is an outspoken character and for the most part beloved by the expat community as a New Yorker who tells it like it is, shares his conspiracy thoughts and enjoys his life in the PH with his Filipina girlfriend.  He’s an interesting character but not hurting anybody.

Meanwhile, the usual small troop of trolls was going about their usual tasks of trying to stir up contention, false accusations and gossip-mongering on any PH vlogger who had a successful channel.  Lacking any real content of their own they resort to these tactics in hopes of getting views to their own channel.  Essentially riding the coattails of those they criticize unjustly.  (ie; parasite)

So then it happened.  One person came out with a video about Fazio in mid-July claiming that Michael Fazio had died of a heart attack some 5 weeks earlier.  Further, claiming that he had a, “..trusted, verifiable source” regarding the untimely death of Michael Fazio.  “R.I.P.” made for a juicy title to his video and it got passed around the expat community and commensurate mourning for Fazio began.  So many were shocked and saddened by this news.  Not excluding Fazio’s cousin and brother who only heard this news from this Youtube video.

Immediately, several other failed vloggers began doing their own copy-cat video about the death of Michael Fazio.  Like vultures, they swooped in and wanted their share of the views to be had on such a juicy piece of information about a much-liked vlogger such as Fazio.

And then the trolls stepped in.  Verifying nothing, they only added to the story.  Stating that it 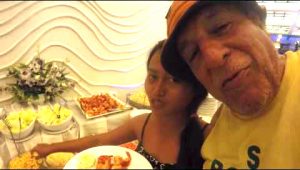 MUST have been Fazio’s girlfriend who killed him in order to make financial gain from his death.  A high and pointed accusation to make without any proof.  But that is what trolls do.  They stir up rumors and then embellish them without a shred of evidence.  It’s how they operate and they care not who is hurt in the process.

So, at this point, we have Michael Fazio’s family back home weeping in mourning over his death.  They are contacting the U.S. embassy in hopes of locating his body or any facts behind his death.

We also have his girlfriend fending off rumors that she had killed her beloved Michael.  And meanwhile, the expat viewers are mourning his passing.  But there was only one problem with this whole feeding frenzy these trolls were boldly propagating and exploiting…

Michael Fazio was not dead. 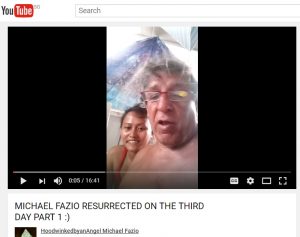 On August 1st, Michael Fazio seemingly resurrected from the ‘dead’ to give these bottom-feeding trolls a piece of his mind in a video he uploaded himself onto Youtube.

In true New Yorker style, Michael Fazio proved by his presence beyond any shadow of a doubt that everything… EVERYTHING these trolls had uttered was not only lies but it was also unjust slander against his loving Filipina girlfriend.

Did these trolls respond by putting out a video of equal length, profusely apologizing to Michael Fazio for their reckless and destructive public behavior?  No.  Despite having massive amounts of egg on their face, despite being fully exposed for the parasites they are.. they quietly deleted the evidence of their videos and went into denial.

The return of Michael Fazio was the perfect response to putting so many trolls on notice that has likely ever occurred.  Usually, these trolls will make accusations that linger out there, unproven but constantly asserted as true.  Trolls will accuse other expats of having sex with an underage girl and, based on that false accusation then label them as “pedophiles” and “sexpats“.  Or they will accuse the wife of a decent expat as being a “known whore” or “prostitute”.  And, until now, those manufactured lies have been their bread and butter.

But not this time.  This time, their lies were unrefutably exposed.  There is no room for them to re-tailor the lie.  The damage they have done publicly to Fazio’s girlfriend is inexcusable.  If ever there was a slam-dunk case in the Philippines for slander and a civil or criminal case, this is it.  They recklessly damaged her reputation publicly.

Whether or not Fazio and his girlfriend decide to prosecute them is a side point.  The record now shows what sort of bottom-feeders and liars these type of trolls are.

So what can we gain from the entire experience?  For one thing, when you hear someone making bold, negative claims about another person… ask for proof.  Not hearsay from another troll.   Not a blog article they themselves manufactured.  But actual public legal records.  Facts.

Without verifiable facts, don’t entertain gossip, slander or hearsay.  Mark that person for being the toxic person they are and have nothing more to do with them.  These people feed on the gullibility of others so, starve these parasites out of your life and block them in whatever ways are available.

As for Michael Fazio… where was he those 5 weeks that he wasn’t posting videos?  Living and enjoying his life, other than the fact that his laptop had malfunctioned and that is what kept him offline.  There is the Reality.  The truth.  His laptop broke.  No heart-attack.  Nobody was poisoned.  No conspiracy for financial gain.