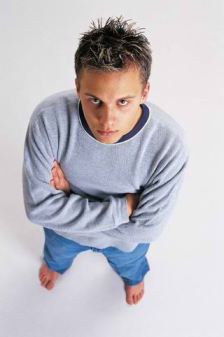 Two weeks ago I had to make my first appearance at the BI (Bureau of Immigration) over in Cebu. I live on Mactan, just across the channel so that meant a cab ride of about 15 minutes or so. I already had been told before leaving the US, but the morning of my visit to the BI my girlfriend reminded me, “Don’t go there in shorts and sandals. You have to wear pants and real shoes.” After 3 weeks of enjoying the breezy attire of shorts, loose shirts and sandals the first thought that came to mind was, “But I don’t want to wear pants!”.

I also didn’t want to waste half the day and extra cab time having to make two trips for non-compliance so, I dug out my suitcase where I’d tossed away my jeans and reluctantly threw them on the bed. From under the bed I found my shoes (kinda dusty already). Also in my suitcase were the 20 pairs of brand-new socks I mistakenly thought I was going to need. Standing there at 10am with the fan running and a bead of sweat dripping down the side of my head once again I mumbled, “I really.. really don’t want to do this.” But.. if I wanted to be legit with the Filipino ‘Man’, I’d just have to make it happen. It took switching shirts three times before I finally convinced myself a Polo shirt looked better than a Hawaiian

shirt when wearing Levi’s. My feet were already complaining from the socks and shoes. Geez, and I hadn’t even left the house yet.

I made it to the BI and sure enough.. a BIG sign at the door stating in no uncertain terms that these hot, uncomfortable clothes were indeed mandatory. Government can’t seem to function if I’m not inconvenienced in some manner, no matter what country I’m in. I got the form, forgot to bring a pen.. but the nice lady at the desk loaned me hers. I was doing good until it asked how much I weighed and how tall I was. How am I supposed to know how many ‘Kilos’ I weigh? I’m 225 Pounds (more or less) and 5’10”. I don’t know how many ‘centimeters’ tall I am. Why the trick questions? Why did the world embrace the metric system? Why is the US still the only country using feet and pounds? Despite my inward grumbling.. the question waited to be answered. I could already imagine them escorting me to a plane headed for Malaysia with a blacklisted passport to never return all because I left these two crucial questions blank.

What to do? I was at a total blank. I suppose I could guess. Maybe I’m 8,768 Kilos. Is that like.. as big as a car or about the size of a bag of rice? Panic started to set in. That woman wanted her pen back and I know she’s keeping an eye on me. Again with the sweating. ‘Think’, I told myself, ‘..what would McGuyver do?’. Then it hit me.. my cell phone. I started looking through the apps hoping, hoping by some bizarre chance there was a converter to switch from ‘normal’ to ‘science project’ values on my phone and.. YES!, there was one for converting to this bane of math known as metrics. I typed in the values and jotted them down on the form. Good thing I didn’t guess.

I wasn’t sure how long I’d have to wait. I gave the lady her pen back and she told me, “Window 1”. I thought she said, “When do one”. “Do one, what?”, I asked. Is there something I was supposed to do before I got here? I don’t like surprises when dealing with governmental agencies. “What you want to do?”, she replied. What is this?, now she’s my guidance counselor? So I started again, more slowly, “When.. do.. I… what?” That’s when she pointed at the big sign behind me that said, ‘Window 1’.

After that little incident I sat down, after going to ‘Window 1’. Meanwhile two Swedish women were sleeping on the hard, plastic chairs in front of me. Now.. I know what you’re thinking. No, these were not like the Swedish ski instructors from some daydream. These were big, farm girls. And the thought that they’d been here long enough to fall asleep told me I might be here until the place closed. Maybe I should have gotten here earlier. But that would have meant me getting up earlier and.. well, that’s not really my style.

To my right was a nice enough gent in his 50’s. I asked him how long he’d been waiting and he said about 90 minutes. We exchanged introductions, I gave him my card. He was an ex-pat from United States, married to a Filipina he’s just madly in love with and they have two young kids together. Thank God he was there, we chatted the time away and before I knew it they were calling my name to ‘Window 2’. I was making progress. I went to ‘Window 2’ where they asked for my Visa extension fees, stamped some papers, did some stapling, gave me a receipt and then.. told me to sit and wait for Window 3. (I thought I was so close to leaving.)

More waiting. The two Swedish gals practically burst into dance when their name was called. They went to Window 3 and left as giddy and giggly as two milk maids on their day off. My chatting buddy had already left. Nothing left to do but decide which woman was the absolute prettiest in the room. That took about 2 minutes to decide. Clock still ticking. Ticking.

Before I knew it, they called my name and with a big smile the Man behind Window 3 pointed at the new stamp on my Passport and said, “Congratulations, we need to see you again in September.” He gave me an official note stating I was not a threat to the country or something along those lines. I felt like I’d gotten a pardon from the Governor. With a big smile and my passport safely tucked in my front pocket I walked out of there.. into the blazing heat.. wearing denim pants and shoes. Once again with the sweating.

This experience brought me to a distinct conclusion regarding some of the adjustments I’ve made now that I’m here ‘for the duration’. My conclusion is, “Living here, for a guy, is kinda like having a perfectly good excuse for being a kid again.”

I started adding it up. Every night it’s warm out and I don’t have a curfew. My folks were Hispanic, I only heard about ‘curfew’ from my White friends. It could be 11 at night and our parents didn’t bother looking for us until they were done talking or ready to lock the door. Meanwhile, my cousins and I were running around somewhere in a 3 block radius.

No more wearing shoes. Wearing sandals is kinda like being barefoot, but with thicker soles. No socks to deal with and going barefoot in the house was now perfectly okay. Hispanic Moms won’t let you walk “on the cold floor” barefoot because that’s how you get the Flu. (shaking my head) Now.. I can walk barefoot all over the tile floor all day long.

One that I miss from my childhood.. peeing when you need to outside. I don’t take advantage of this to the degree some of the Filipino men do. Locals here will go pee in broad daylight against whatever wall even as midday pedestrian traffic passes by. Me, I have two rules; (1) Only at night. And (2) With no one around. This has saved me several times since I enjoy late-night walks.

And yet another thing.. I can wipe my hands on my shirt or shorts.. and nobody says a thing. I’ve always used napkins back home. Here, more often than not napkins are pretty scarce. And when you do get them, they’re kinda useless. I just wait til I’m done eating and, if there’s no sink nearby.. I wipe it on the back of my shirt or shorts. Stains? The maid will take care of it. “Not my job.”

The only new habit I’ve taken up that I never, NEVER did in my life before is.. using that ‘Purell’ Hand

Sanitizer stuff. Ever since it came out I thought it was kinda ‘girly’. But now, I keep that stuff in the kitchen and another one in my backpack. When I noticed how many times a day I saw some dude peeing in broad daylight.. I got myself some bottles of that stuff right away and now I use it all the time. It’s not lotion, so it’s actually, technically NOT ‘girly’. In fact, it’s got alcohol and kills (germs).. and that’s kinda manly when you think about it.

And finally.. nicknames. When I was kid we all had nicknames. It seems here in the Philippines as if nobody uses their real name. I met a woman today, asked her name. It was something like Beatrice Magdalena Maria Estrella Garlejo.. but all her friends call her ‘Beece’. Yolej goes by ‘Angel’. Merlynne goes by ‘Shorty‘. Delia goes by ‘Deding‘. I don’t even know what Steff or Linda’s real name is. Vaughn goes by ‘Yvonne’, but that’s for a whole other reason.  Me.. most everybody here knows me as either ‘Enrique’ or ‘Reekay’ due to the pronunciation issue.

Add to that being able to sleep-in in the mornings, snack any time I feel like it, take naps when it gets too hot and, yah.. this is even better than when I was a kid. If only the BI would let me show up in shorts wearing a Hawaiian shirt with ketchup stains.. life would then be perfect.

p.s.  I later found out that the satellite office on Bohol lets you renew your visa in shorts and sandals.  🙂