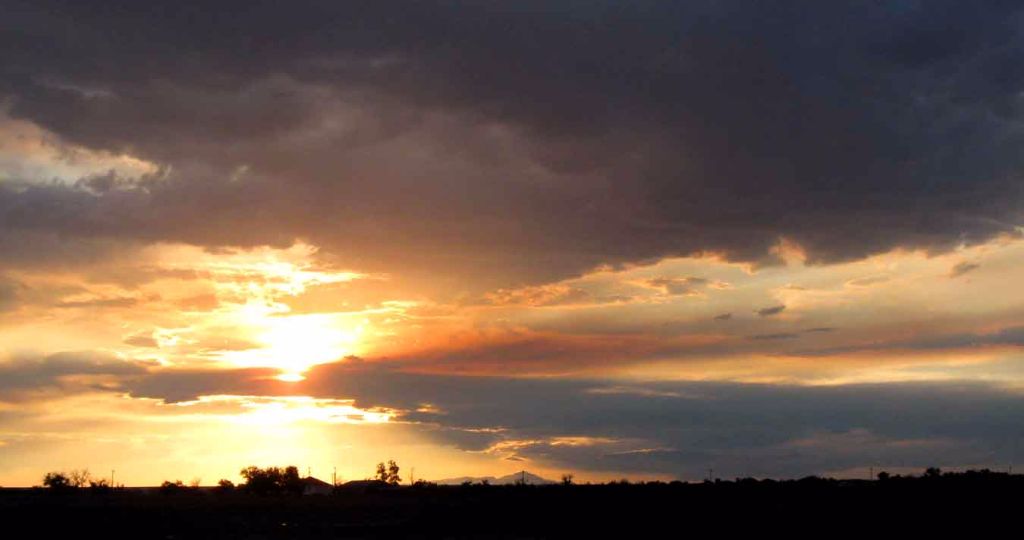 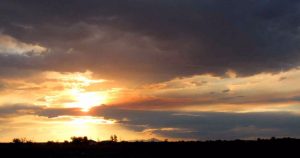 It’s seven in the morning right now. But thanks to some jet-lag I’ve been wide awake since three o’clock.  I’m sitting in my comfortable robe enjoying the gentle current of warm air from the central air unit while the thermostat on the patio tells me it is only thirty-five degrees fahrenheit outside here in Southern California in late November.

I arrived in California six days ago but still no luck convincing my body I’m not in the Philippines. I guess my body went into denial. Still hoping to wake up and open the door to see coconut trees outside my place as the warm air embraces the beginning of yet another beautiful day. But no. Instead I made the trip across the planet to spend time with my Mom and adult kids.

They are the only reason I made this trip. A trip I’ve made three years in a row now from the Philippines for the last two months of the year. My Mom spoils me with a big country breakfast in the morning. In the evening she makes one of my favorite Tex-Mex dishes to perfection each time. I get used to wearing pants and shoes again temporarily, as well as a light windbreaker that has “Philippines” embroidered across the back with its national colors and yellow star. Several times I’ve had conversation with Filipinos in the USA because of that jacket. Usually with those who have moved to a new life in California. While they enjoy the benefits of working and living in the States, they often pine for the beauty of the shores and provinces they once enjoyed in the Philippines. I know how they feel for I feel the same way.

I come to the USA each year to be with my family. That’s basically it. I also visit with local friends in the area since I’m here. But I’m not here to see Disneyland or much else that I’ve already seen over my forty-nine years I’ve spent in California. Seen it, done it.. several times.

When I was a kid, it was all about the presents and family at Christmas. I have eight aunts and uncles and with all my cousins meeting at my Grandma’s for Christmas Eve.. it was a huge event. We’d often still be opening presents until three in the morning and spend the following day enjoying amazing food together with the collective family.

As the years went by, each family began to have their own Christmas as their families got bigger. In my
own family we often had about fifteen or more of us gathered at my parent’s home. Everybody got everyone a gift. The tree was surrounded with gifts. And then we made a transition about fifteen years ago and began doing a Gift Exchange. Everyone was assigned as a ‘Secret Santa’ to one person in the family, making it easier financially on everyone and a nicer gift for each. We’ve been doing it that way ever since. Although the little kids still always score with presents from just about everyone.

And then came 2012. My first Christmas away from family in my entire life. I was newly relocated to the Philippines, living on the island of Mactan. I went to the island of Bohol and spent Christmas day with my girlfriend’s brother and his family. And this began my education in how different the holiday was spent in the Philippines.

With each successive year I learned more about Christmas in the Philippines. I spoke with Filipinas 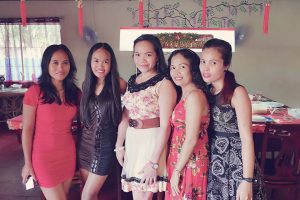 about how they celebrated with their families. I noticed that the malls began with Christmas music and decorations as early as September 1st. But I also noticed that for the most part, most of the Filipino people I knew were not buying presents and doing the “shopping thing”. When Christmas Day came it often meant either the family going to Mass at the local church or having a home fiesta with family. It wasn’t centered around gift giving. Many simply didn’t have the budget for it.

And so it was more of a family-time together. Looking back on the huge gathering of family when I was a kid, I see it totally different now. Back then I was hoping to get whatever gift I’d asked for. But really, it was having all my cousins around, the food and hearing my aunts and uncles laughing and talking that I really appreciate about those times. I hardly even remember now the gifts I got. I mostly remember the time we spent together as a family.

I’m not against gift-giving. And while Christmas can get a bit commercialized in any society, it’s nice to have a good excuse to give something to someone you care about. But really, I’ve reached the point several years ago where I truly don’t concern myself with any gift I will get at Christmas. Last year I was 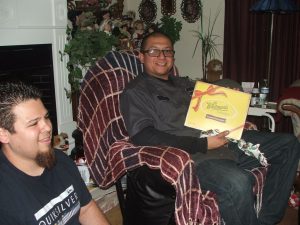 here in California for the holidays and as usual my sons and their one cousin joked and goofed around while my Mom served up a great dinner and we opened presents around the tree. Paper wrapping was tossed at each other, pictures were taken and toys were assembled for the smaller grandkids. It was fantastic to just ‘be together’.

That was in December. Little did we know that ten months later we would lose my nephew in a fatal car accident only half a mile from where we’d previously spent Christmas. It was hard for us to take. It was seemingly impossible to comprehend for the longest time.

They say that the value of a thing is based on it’s rarity. Such as gold or diamonds. The good relationships one can have with their close family and friends is the same. Not everyone is close with their family. Not everyone has close friends. And for those who do, there is no guarantee that they will be here tomorrow. The time we have is a rarity. It is a window and we have no idea how long it will last from one year to the next.

Like any family, we have disagreements at times. But we always respect our bond as family. And it’s the same with my close friends. We may not see eye to eye on social or political issues. But the close friends I have shared bread or thoughts with, we see past our differences and maintain respect for each other. Why? Because true family and friendship is a rare commodity. It has value to me. And they show it has value to them by their actions. Some of my friends I’ve known since high school. Other friends I’ve met and bonded with in the Philippines. My sons, my daughter.. they’ve each charted a path of their own and I respect the decisions they make. My intents and hopes are always for their good. And my Mom, she is truly a saint. Everyone that has met her soon realizes how kind and wise she is. She’s not only proven herself to be a survivor, she’s also been the shoulder of compassion for hundreds of people when they needed it most.

When I am in the USA, I think about my girlfriend and other Filipinas I have known. I know that while I 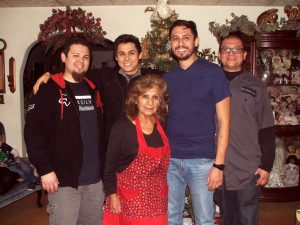 am with my family in the USA, they are with their own families and strengthening the bonds they have with them. I used to feel bad that their ‘Christmas’ wasn’t as material-oriented as what I grew up knowing. But I don’t see it that way any more. So many Filipinos I have had the privilege to enter their home have shown me that they understand the bond of family. Some may say it’s a strong bond to a fault. But no one can deny it’s an important bond and more valuable than exchanging the latest gadgets wrapped in shiny paper.

When I was a kid, I used to get a bit bummed if I got clothes for Christmas. I wanted something that lit up and flew around the yard. But now, after all I’ve seen and observed over the years, a new shirt and having my loved ones around me one more year is more than I could ask for.