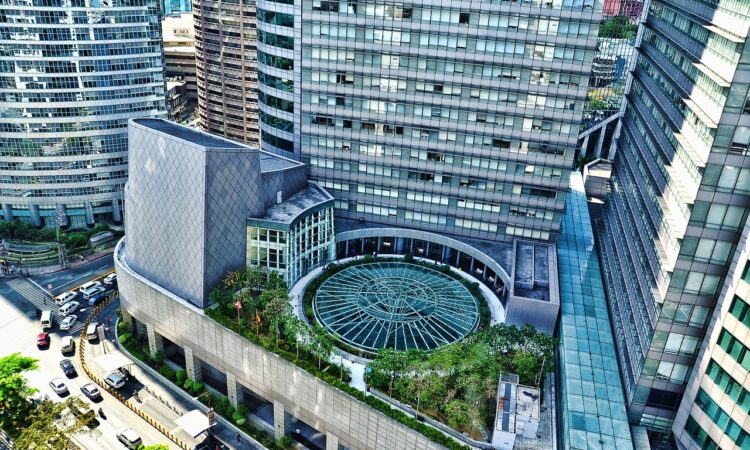 The Philippines is a popular destination for expats seeking a lower cost of living and a chance to experience a new culture. With its beautiful beaches, vibrant cities, and rich history, the Philippines has much to offer to those looking to live or visit abroad.

One of the main draws for expats is the generally lower cost of living compared to many other countries, which can make it an attractive option for those looking to stretch their budget further. However, it is important for expats to be aware of recent changes to the cost of living in the Philippines, as these can have an impact on their budget and expenses.

Let’s take a look at the changes to the cost of living in the Philippines in 2022 and how these may impact expats living in or visiting the country.

Changes to the cost of living in 2022

According to recent reports, the cost of living in the Philippines has seen a moderate increase in 2022, with inflation rates reaching around 4.5% as of September. This is higher than the inflation rate of 3.4% seen in the same period in 2021, but still within the target range set by the government.

One major factor contributing to the increase in the cost of living has been the rise in food prices. The Philippines has seen a significant increase in the price of certain staples, such as rice and chicken, due to a combination of factors including supply chain disruptions and the impact of recent typhoons on agriculture. The government has implemented measures to address these issues, including the release of buffer stocks and the import of additional rice, but it is likely that food prices will remain elevated in the near term.

Another factor contributing to the increase in the cost of living has been the rise in fuel prices. The Philippines is heavily reliant on imported fuel, and the cost of gasoline and diesel has increased significantly in recent months due to higher global oil prices. This has led to an increase in the prices of many goods and services, as transportation costs make up a significant portion of the overall cost of many products.

In addition to these factors, the weak performance of the Philippine peso against other major currencies has also had an impact on the cost of living. The peso has depreciated against the US dollar in 2022, making imported goods and services more expensive in terms of the local Philippines Peso. (ie; inflation) This is particularly relevant for expats who receive their income in a foreign currency, as the weaker peso means that their purchasing power is increased, while the price of local goods rises.

One way for expats to mitigate the impact of rising costs is to focus on budgeting and maximizing their income. This can include finding ways to save on expenses, such as by shopping at local markets or taking advantage of discounts and promotions. It may also be worth considering ways to supplement income through part-time work or freelance opportunities online. Since the labor market is saturated in the Philippines, wages are only a fraction of what most Westerners would expect to be paid in their own home country. Even if a job could be located for a foreigner, aside from the low wages a work visa would need to be in place to work legally in the Philippines.

Another option is to consider living in areas of the Philippines where the cost of living is lower. While major cities such as Manila and Cebu tend to have higher costs, there are many other areas of the country where expenses are more affordable. For example, the mountainous region of Baguio or the smaller islands may offer a lower cost of living while still providing access to many of the amenities and attractions that expats may be looking for.

The moderate increase in the cost of living in the Philippines in 2022 is likely to have an impact on expats living in or planning to visit the country who have thus far been relying on a tight, fixed pension. Rising food and fuel prices contribute to higher expenses for expats. This can make it more challenging to manage budgets and maintain the same level of purchasing power as before. Higher fuel prices mean a higher cost for importing and transporting goods for consumption.

Expats who receive their income in a foreign currency may also want to consider the exchange rate when planning their budget, as a weaker peso means that their purchasing power is at its prime. Timing out one’s money transfers and exchanges when the exchange rate is in their own favor is advisable when convenient.

By focusing on budgeting, maximizing income, and considering living in areas with a lower cost of living, expats can mitigate the impact of these changes and continue to enjoy the many benefits of living in the Philippines.

Comparison to other countries

While the cost of living in the Philippines has seen a moderate increase in 2022, it is still generally lower compared to many other Western countries. This can make the Philippines an attractive option for those looking to stretch their budget further or to enjoy a higher standard of living for less.

One major advantage of the Philippines in terms of cost of living is the low cost of housing. Rent for apartments and houses is generally much lower compared to countries such as the United States, Canada, Europe, or Australia, making it easier for expats to afford a comfortable place to live. In addition, the cost of utilities and other household expenses, such as electricity and water, is also lower in the Philippines compared to many other countries, despite being higher than the rates for most other destinations in Southeast Asia.

Another advantage is the lower cost of food and groceries. The Philippines has a wide range of local and imported products available, and prices are generally lower compared to many other countries. This can make it easier for expats to afford a varied and nutritious diet. In addition, dining out is generally more affordable in the Philippines compared to many other countries, with a wide range of options available at various price points.

In terms of healthcare, the cost of medical treatment and insurance is generally lower in the Philippines compared to many other countries. While the quality of healthcare varies, there are many reputable hospitals and clinics available primarily in Manila, Cebu and Davao, and expats can often find affordable options for medical treatment. Generally speaking, the quality of health care facilities tends to be lower on smaller, less populated islands.

On the other hand, there are some disadvantages to the cost of living in the Philippines compared to other countries. One such disadvantage is the relatively low salaries for many jobs, which can make it more challenging for expats to afford a higher standard of living if they are not yet receiving a retirement pension. In addition, some goods and services, such as electronics and luxury items, may be more expensive in the Philippines due to import duties and other factors. While cell phones prices are generally lower, the price of imported laptops and large appliances from a major brand will be anywhere from 15% to 20% higher when purchased in the Philippines.

Overall, the cost of living in the Philippines has both advantages and disadvantages compared to other popular destinations for expats. While it generally offers a lower cost of living, there are certain areas where expenses may be higher. larger cities and islands provide a better infrastructure and more Western amenities for dining out and lodging… but will also be more expensive than that of smaller cities and islands. By considering these factors and planning accordingly, expats can determine which part of the Philippines is most suitable for their needs and budget.