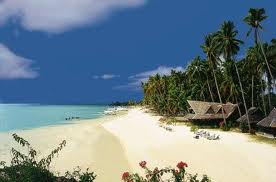 Currently it is the holiday season and my plans led me here, to the island of Bohol where I plan to relocate to in a month or so.  A town called Tagbilaran, which sounds more Irish than Filipino to me but.. oh well.  In the last few days I have been in a taxi, a speedboat, a motor tricycle, a crazy van-ride at very unsafe speeds and a motorcycle.  It’s been hectic but an adventure none the less.

A family of a friend kindly offered to put me up with a room at their home, which is located in the same jungle area I plan to move to.  In fact it’s quite possible we will become neighbors.  This was a lot of fun.  (I didn’t bring my laptop so I’ll have to add photos later, I’m updating from a Net cafe in town.)  Their home is what is called a

‘Nipa Hut‘ and is kinda like what you see on Gilligan’s Isle.  Because the temperature here is warm all night, the upper-roof area and windows are open.  It sits on short stilts as well.  The room they set aside for me includes a mosquito net (don’t want to get that dengue-fever) and at night it is just SO incredibly peaceful.  All you hear are slow-chirping

crickets and the occasional rooster that has no concept or clue of time.  For about five miles around there are only less than a dozen homes scattered through the jungle along a very rough road that leads back to the edge of town.  So.. once you are out there.. you are really ‘out there’.  Just trees and stars and more trees for miles around.  It is just so incredibly beautiful both day and night.

When I arrived around 4pm I was taken to a neighbor’s home who insisted I have dinner with them so we could meet.  Word travels fast when there’s a visitor to the area.  They were very hospitable and I had a great dinner while we chatted.  Later in the evening I leaned back onto my make-shift bamboo bed, pulled the mosquito net over me and just listened to the subtle sounds of the night out in the ‘province’.

The next morning the wife made a great breakfast.  Afterward I went down the street to check out a home I may be moving into.  The owners let me in to take photos as I looked around.  Needs some cleaning and fixing up but.. it’s got potential.  Especially if I can find a shady spot to install a hammock and outdoor PC station in the shady courtyard.  Really big kitchen, so that’s a plus.

This move is exactly what I have been describing I was looking for all along.  ‘Out There’.. I am totally cut off from society, linked only by a motorcycle and that really 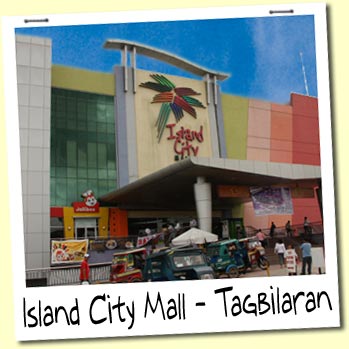 rough road back to town.  But once in town, I have a large mall complete with good food and a movie theater to keep me from going stir-crazy.  There’s even a very large bookstore.  All this is located in the town of Tagbilaran.

Meanwhile, just ten miles south is the adjacent mini-isle of Panglao.   I can’t wait to tour all the beaches there!  It is everything you’ve seen in those amazing screensavers of tropical beaches.. but in 3D.  Warm water, day or night, all year long.

I’ll update again later with photos I’ve taken here, but for now what I’ve seen of Bohol I am very much in love with.