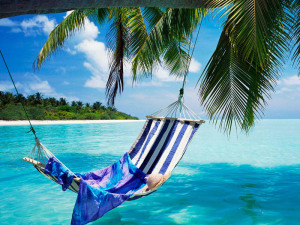 After giving it a bit of thought I’ve come to the conclusion that “Attitude has more impact than situation”. When I left the U.S. it wasn’t because I was ‘unhappy’ there. True, there were advantages to coming here such as my dollar going further… but I wasn’t a miserable person looking for a ‘place’ that would somehow make me happy. By my guess, anyone who is under that sort of misconception is the most likely person to find themselves disillusioned after getting themselves all the way over here when the source of their discontent is ‘within’ them and they brought it on the plane.

Unless we’re talking about a 4 year old taking their first trip to Disneyland. I think a lot of us can say that 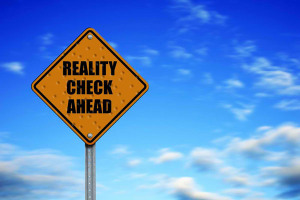 the reality of any anticipated goal is usually much greater than the actual experience itself. I’ve known people who waited their whole life to go to Hawaii and, upon returning their comment was, “It was nice.. but hot, very expensive and we rushed through all the tourist spots trying to cram it all in. I’m so glad to be home.” How many blind or first-dates existed in some romantic form only to be shattered when sitting for an eternity across the table with someone you knew in ten minutes was NOT the person of your dreams? I think something similar has happened to all of us.

Now, in my case.. I’m having the time of my life. I really do enjoy it here for all the reasons I’ve mentioned before.. the people, culture, food, extra time and interesting things to do. I tempered my initial ‘ideal’ ideas of what I ‘thought’ the Philippines would be starting a year before I boarded my plane. Yes, at first I scoured the net for images of the white, sandy beaches , nice restaurants and tourist locations. But then, I started reading all I could about the unemployment rate, life in the provinces and asking as many people as I could find, “..what is daily life there really like?”. After a year of online and Skype conversations I had a ‘better’ idea of what life was and wasn’t here in the Philippines. Aside from moving to a location that can’t provide me my own porch-monkey to feed on lazy afternoons, I’d say all my other realistic expectations have been met and even surpassed in my first month here.

As a foreigner, my ‘life’ here is more like an ongoing semi-vacation. Yes, I ‘work’ online at my own schedule and, compared to my somewhat stressful schedule back in the U.S., it’s quite the dream. But I

had to get past my own perception and see that my life is not what daily life is like for the average Filipino. Many of them work very hard to provide for themselves and their family. Already I’ve befriended a few people to find they work two full-time jobs. To me, this is an important part of assimilating into the culture because it gives me more patience with the way things are done here. If time is of an issue, I try to go out of my way to be patient because the person who is either the cashier or waitress may be doing their very best.. after having worked another job. Being gracious to people in return for their courtesy.. of which the Filipino people have in abundance is to me another part of properly assimilating into life here.

Another factor that affects a person’s experience here in regards to what they ‘thought’ it would be is how much money they have to live on once here. Yes, it is much cheaper to live here than in Canada, Australia, Japan or the U.S. but that has to be paired with what kind of lifestyle you expect to have here. I will say this; If you come from a nice suburb in the wine country of Temecula where you enjoyed a five-bedroom home with a pool and a Costco down the street.. you won’t find too much of that here. There are some nice suburbs here, don’t get me wrong. But little things like the standards for building codes may not be exactly as strict as they are in the US or abroad. I know one person who lives in a very nice suburb up in the hills who returned from vacation to find their neighbor had built a reinforcement wall attached to their home.. without any permission or permits! They are still trying to untangle that situation with the local housing bureau. (Personally, I’d have hired some guys to sledge-hammer the thing down and be done with it.)

A person is NOT going to move here with $2,000 in savings and $500 a month income and have a nice home in the better suburbs of Cebu while raising a family of five. Not gonna happen, not even here in the Philippines. A nice little home rental for a bit more in a somewhat ‘less than pristine’ area of town.. okay, that’s a possibility. So, bottom line, if one’s perception of living quarters is that it will equal or surpass what they are used to.. you’ll still need some decent money to afford that.

Now, that being said, if your attitude is flexible.. you can find a truly affordable place to stay here..

especially if you are a single person. As a single person you really only need a decent place with a bedroom, kitchen, CR (restroom) and office area. It’s what I would call a ‘studio’ but people here they call it an ‘apartment’. What I used to call an apartment, here they call a ‘home’. What I call a home back in the States, here they call a ‘mansion’. My former home had a 1-acre yard, here 2 or 3 small communities might live in that same amount of land. So, go figure. Tomato-Tomahto.

Now keep in mind, I’m a single person and I’m somewhat frugal. I cook many of my meals now that I have the kitchen stuff I need and a fridge for groceries. I rarely go to ‘nice’ restaurants or resorts, I’m not out island-hopping so all that stuff would be extra on top of my base-budget for necessities. Some people might look just at the numbers say, “Sign me up! It’s way cheaper than what I’m paying now.”. Well, true. But again, can you get accustomed to not having your own car? You notice my mode of travel is Trikes/Cabs. My attitude is I’m paying what I normally would for gas in my own car.. but without the maintenance. If having your own vehicle is somehow important to you either for status or whatever.. pad the expenses of car ownership on top of the budget.

To summarize, the Philippines has a great life to offer anyone who has the proper attitude to enjoy it and accept it for what it is. If what you want is your current way of life in another country.. don’t leave your country. This is the Philippines. It’s not the U.S. It’s not Australia. It’s not France. Sadly some of the most pitiful people I’ve come across online (not in person, yet.. knock on wood) are these senior ex-pats who come here ONLY because of the financial numbers or ONLY because they wanted a sweet, simple wife who doted on them.. but they COMPLAIN about everything else. “Can’t get a good steak around here.”, “Nobody speaks perfect English.”, “Back home every table has a napkin dispenser.” These are the sort of foreigners who give all us thankful foreigners a bad-name. When I’ve asked them online, “If you hate it so much, why don’t you go back home?” That usually shuts them up because they either could not afford to live on their pension back home or not a decent woman in their home country would put up with their miserable attitude. And they know it. So, news-flash for those expecting the Philippines to accommodate them: ”No amount of complaining is going to change how 104 Million Filipinos live their daily life just for you.”

So, as I stated at the beginning, “Attitude has more impact than situation”. If you do your research, know what you’re getting into and have an open attitude.. I’m telling you, my experience has been that life in the Philippines is the BEST I have ever known. I’m speaking of overall experience. I’ve lived in fancier communities. I’ve lived in Southern California ALL my life where even other Americans dream of living there someday. And still.. my comment is that I am so happy and amazed with my transition to even this little, somewhat funky little island known as Mactan. It’s not an upper-class place like other locations in Cebu. It’s not as big-city as Manila (thank goodness). But for me, it’s been a slice of heaven.. warts and all.

If you do plan on making the move here, do your research.  I did Google Earth scans of the terrain and cities to decide what kind of area I wanted to be in. If you have children, research where the schools are and try to get referrals online from local ex-pats here and where they school their children. But most of all, if you are married be absolutely sure you and your wife are willing to make at least a one-year commitment to acclimating here. If you are single, have a backup plan just in case it’s not what you expected. But my guess is, the more you do your research ahead of time the better you will be prepared to making your adjustment. Just be flexible. Be appreciative. And enjoy the Philippines for the life it offers.